I just thought I would quickly show you how my Dino is progressing :) Just a quick post today.

This is the last dinosaur out of 4, so it is very nearly finished. Time taken is currently 67 hours on this dino, with the total time for the whole thing now clocking in at just over 311 hours! 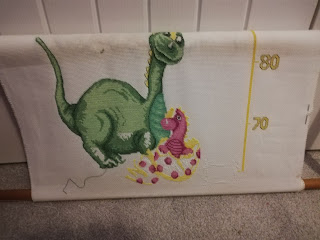 I have a One Layer CAS Christmas card to share with you today. I wanted to make one more card using my vine border embossing folder from Crafter's Companion. 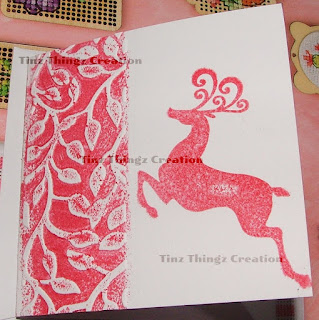 I inked the embossing folder using a cheap red ink pad (no name on it at all). I inked the folder on the debossed side so when I ran it through the Big Shot the raised areas would remain white. I then used the same red ink to stamp a reindeer, from a free stamp set, onto the remaining white space. 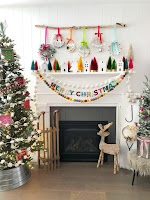 And I also thought I would share with you a video of Chucky being a pain and making me look like an idiot :D

It is time for a new challenge over at Aud Sentiments, where the theme is Things with Wings - just don't forget you need to add a sentiment to be in with a chance of winning the prize. Our lovely sponsor for this challenge is - Crafty Sentiment Designs 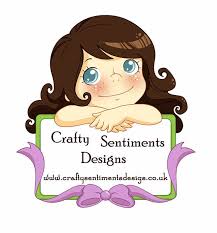 and I have used Flora. 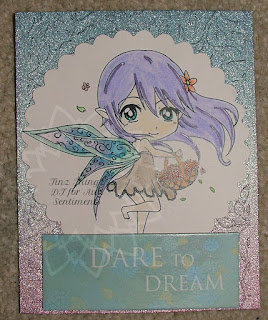 I coloured her in using Papermania watercolour felt tips, and some papermania gliter pens for the highlights in the hair. I then used x-cut nesting scalloped circles die to cut the image before layering onto an ombre glitter card stock, that I had dry embossed using a crafter's companion vines border embossing folder. Finally I added a sticky sentiment.

I would like to enter this creation into the following challenges:

Ok so I have kinda gone with the Anything Goes, although I did take inspiration from the sky and sea. Our optional theme at I Love Promarkers is to use the colours in this photo for inspiration for your projects. 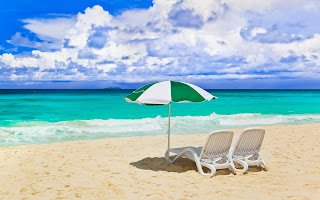 As you can see I failed miserably!! Our sponsor is SheepSkiDesigns  and I used Daisy Panel - image no 182. 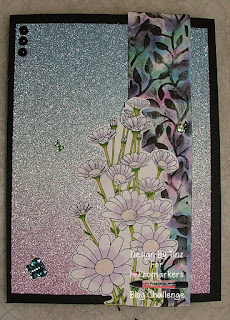 I used an ombre glitter card on black card. I embossed a piece of sea-like patterned paper with a vine border embossing folder from Crafters Companion. I then inked the design with a black in pad from papermania. After colouring the image with Promarkers I fussy cut it and layered it onto the embossed panel. Finally I added some black pearls and some blue and pink butterflies. 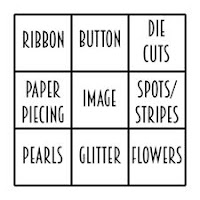 In the Pink @ Creative Moments

Our new challenge at Creative Moments has an optional theme of In the Pink. As always I like to play along with my teamies and I have used an image from Scribbles who is one of our sponsors this time - pop to the blog to see the inspiration from the DT for this challenge. 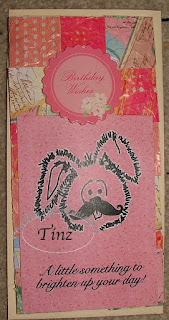 I embossed a variety of patterned papers and cut them into inchies before layering them onto the card. I printed the image on a pink background and added a sentiment and then added this to the bottom of the card to allow space at the top for a birthday sentiment.

I have something a little different to share with you today (well different for me anyway).

I embossed some acetate using the Creative Companions vine embossing folder and layered it over a slimline pale yellow base card. I then embossed a strip of grey card and layered this over the tape. I stamped the fairy silhouette in fuchsia pink and fussy cut her before adding tot he bottom of the strip. I stamped the sentiment using two different fuchsia pinks to make an ombre pattern directly onto the acetate. Finally I added some yellow diamante butterflies.

I got this die a while back (It is an X-cut one), and I decided it was about time I used it. Unfortunately it didn't get along with the big shot pro, so next time I will try it in my little big shot instead and hope it is just because the runners are so wide! 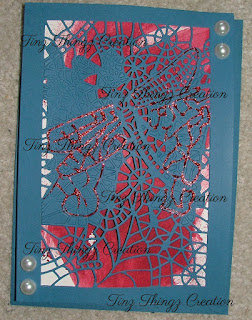 As you can see some of the parts didn't quite cut, so I decided to leave them in. I took a piece of white card and sprayed some red ink onto it, then blended it out with a make-up sponge, then I layered this behind the image. I added some red glitter glue around the wings. Finally i simply added some white pearls.

Allsorts #580 something beginning with B (Blue/Blending/Broken)
inkspirational #217 painting or colouring (I painted the background paper with ink)
AYLI - Jungle or farm - I tend to have much more choice of animals that are found in the jungle than I do on the farm. However, a dragonfly can be found in both areas, although more likely in the jungle.
AlphabetChallenge - G for Glitter and Gems
SimplyCreateToo #162 Red and White and Blue
dragonflydreams - no patterned paper

And now we have a new challenge at Aud Sentiments, which is another Christmas in July. The sponsor is LeAnn's World 101 and I have used Going Home for my card. 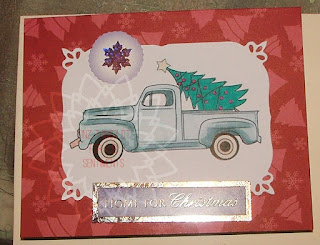 I used a die that I got free with Cardmaking and Papercraft magazine to cut the image after colouring it with Promarker pens. I layered it on a folded patterned card and added foiled sentiment and snowflake toppers to finish.

I would like to enter this into the following challenges:

Thanks for looking - do check out the rest of the DT creations on the blog,

We have a new challenge starting over at I Love Promarkers today, with the optional theme of Christmas in July. Our lovely sponsor is Dr Digi's House Of Stamps and I have used Simply Santa. 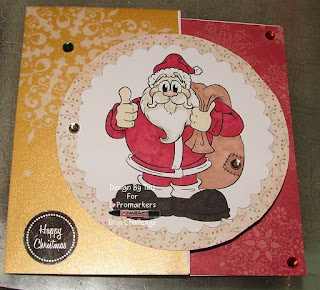 I coloured him using the following promarker colours - Tawny Owl, Cinnamon, Black, Cardinel Red, Tropical Orchid, Pastel Beige and Daffodil Bloom. I then die-cut him using an X-cuts scalloped circle die. I cut a circle from patterned paper and layered them together. I took a 6x6" card blank and cut the front panel down the middle. I used a patterned paper on the inside and a Papermania vellum on the outside before layering the image onto the card. I accented with diamantes and added a foiled sentiment.

I would like to enter this card into the following challenges:
Ikesworld #134 S for Show us Xmas
ABC Christmas - O for OTT (lots of patterned papers)
ChristmasCraftCreations - Christmas characters

Do pop over to the blog to see the rest of the DT's creations and drop us your entry.

We have a new challenge starting over at Creative Moments today and there is no twist for this one.

I have used an image called Pan from My Besties, one of our sponsors for this challenge. 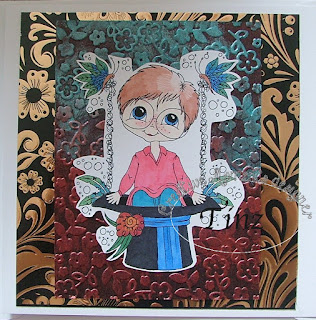 I coloured the image using Chameleon marker pens and Tops before fussy cutting. I layered some gold foiled and embossed card onto a 6x6 square base. I took a piece of burgundy pearlescent card and dry embossed with a free folder I got with a magazine. I then used gilding wax in red and blue to highlight the embossed areas before layering onto the base card with the image on top.

CCM #260 Create your own background
notjustcards - Anything Goes 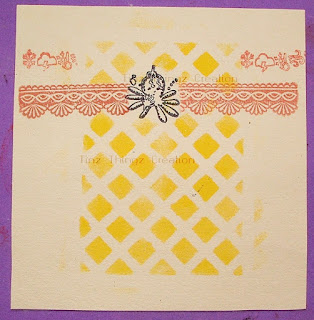 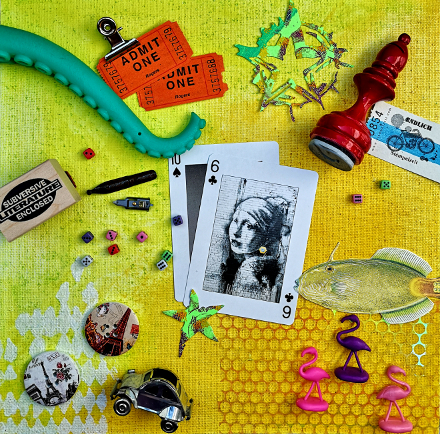 We have a new challenge starting today over at MAWTT, with the challenge theme of BEACH.

I don't have much in my stash for this theme, however I did manage to make use of some sand-like card and some stickers and washi tape. 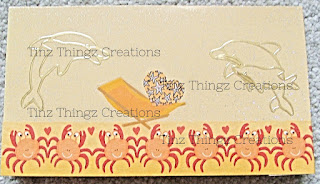 AnimalFriends #88 Fish, whale or dolphin
CountryView - Do what makes you happy (enjoying the sunshine at the beach)
Colormyheart #399 yellow monochromatic
TIOT - Create a scene