Well it is not easy working the weekend AND having the hubby home! He wants to spend all the spare time doing things together and never mind the usual stuff that needs doing! I am now exhausted!!!

However, I did get a little bit of time to make this fun card from some toppers in my stash. I used two separate challenge themes to come up with my card - both that involved water, but not really in this capacity I don't think lol. Here is the card I created: 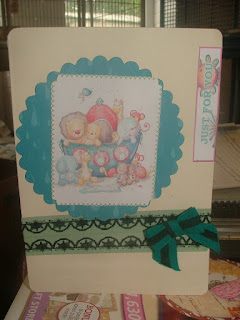 I used a corner punch to round the corners of a rectangular card blank. I then die-cut a circular background of raindrops from my topper book (it came free with a magazine, but I am not sure which one). I cut the Noah's Ark topper and layered it in the centre of the circle. I used washi tape to create a border along the bottom and attached the topper slightly overlapping this. I added a Gorjuss bow, and a sentiment from the same topper book. Overall a simple card to make :). 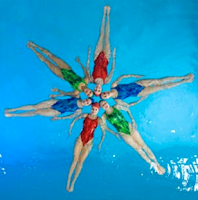 Cute as a Button - #25 Anything Goes
(The other challenge I based this card on was a Maritime theme -however I needed to use a stamp and this is just a topper).

I have another pet introduction for you today. Meet Ruby - one of Silky's babies. As you can see from the photo she has a lot of red in her - and this seems to make her fat! The other mouse I have with this amount of red is very fat! Although she looks quite slim, she does weigh over 40g, which is heavy for her size, but she wears it well so we do not mind lol. She may also get it from her mummy however, as she has always been a bigger mouse than the others. 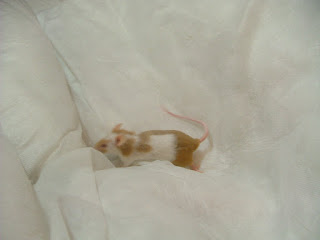 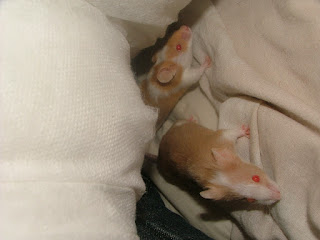 I discovered something strange with my blackberry trial at the allotment. So in Spring I cut one bush down to the fresh growth and the other right back to the ground (as recommended).The bush that I only cut back to new growth has lots and lots of berries appearing: 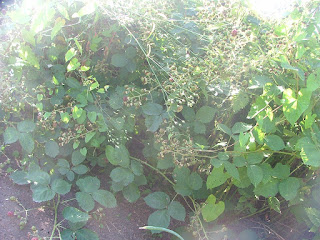 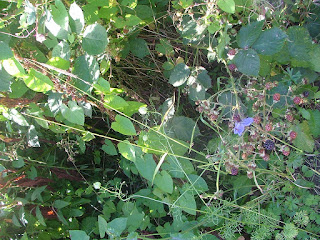 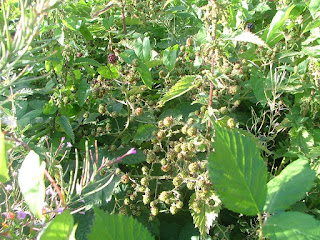 Whilst the one that was cut right down to the ground is just leaves and thorns - no flowers, no berries!!! Moral of the story - don't cut them right down when they have started growing lol. 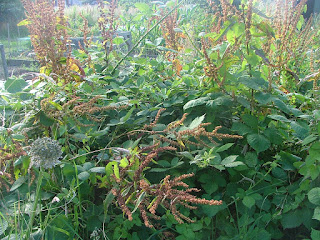 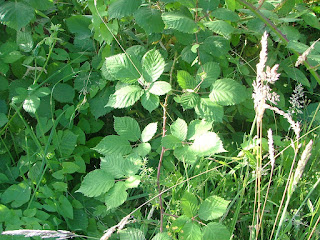 Finally I have a new audiobook review for you guys.

Solar by Ian McEwan
Michael Beard is a Nobel-prize winning physicist with a very poor attitude towards others, especially women. He is having difficulties in his fifth marriage, and struggling to make something of his new project, but is unwilling to listen to ideas from those he deems inferior. However, something happens that changes his life drastically, giving him an opportunity to save the world and step out of his current marriage. This does not change his basic ale-chauvinistic, self-obsessiveness however. The book is very well written, however it is certainly not one I would choose to read again, as the main character just rubs me up the wrong way.

Hugz Tinz
Posted by Furrbster at 20:19