Well it is looking to be a hot and muggy weekend here in South Wales. The animals are much preferring the mugginess to the intense sunshine, although personally I am not as sure lol. I think the plants are probably preferring it too!

The Big Butterfly Count has now started - and I have done two counts so far. I need to do one in my garden, but when I'm out there I am too busy playing with the animals :D. I do also need to do some measuring in the garden to see what size circular patio I want, and get an idea of how I want the layout for it. I know I want it to be a sheltered area with plenty of trellis and planting to hide it from the house, and a fountain too.However having a small garden means I will have to be creative to also make it a cofortable place to sit, while not taking over the majority of the garden.

Anyway, I am here to show you my latest card creations - yup there are two this time: 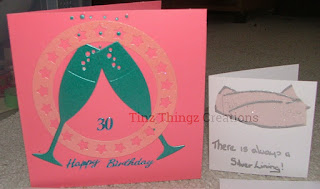 So I used the Cocktail Glass die, from Creative Dies, for both cards.
The first is a birthday card and as you can see I have used the die as intended and also added a Creative Dies star circle around the outside, interlocking the champagne glasses. I did the circle in a slightly plaer pink glitter card than the colour of the base card so that it didn't detract from the main image. I coloured peel-offs using distress ink, to match the glasses before sticking them on.
The second card was supposed to be a cloud with a silver lining. I am not sure it has actually worked as well as I thought it would unfortunately, and I am not sure it will be used for anything. I die cut the top part of the glas using pale pink glitter card, three times, cutting one of these in half. I then layered them together to create what should have been a cloud shape. I added silver ink to the edges to create the silver lining and then hand-wrote the sentiment.

I would like to enter these cards into the following challenges: 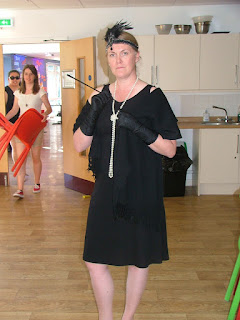 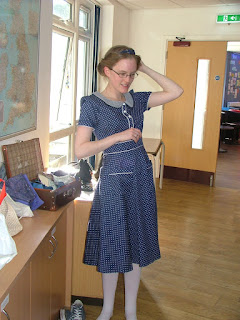 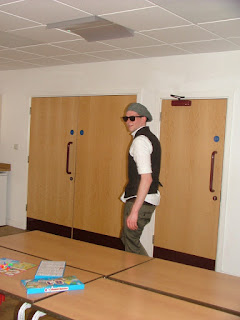 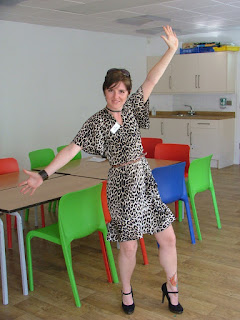 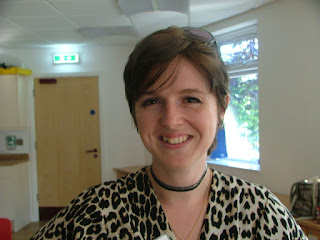 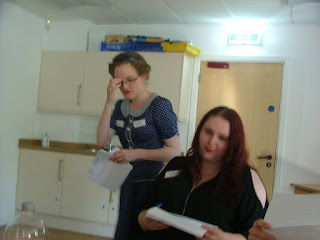 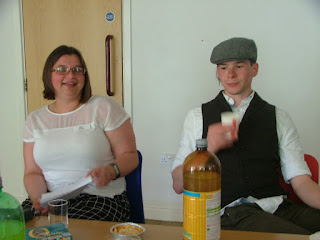 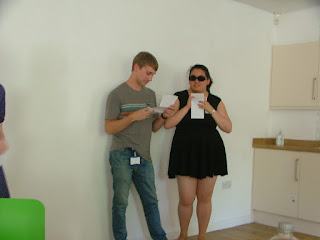 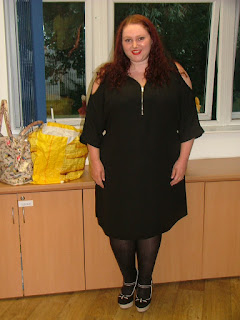 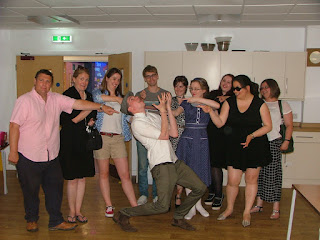 It was great fun :) Can you guess who the murderer was?

And here is an update on my Dino also: 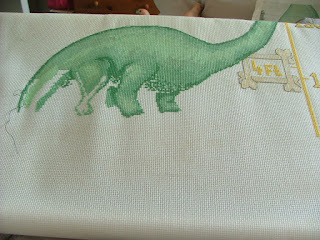 This stands at 65 hours for this Dinosaur (he does have a head I promise :D).

I also have a book review for you:
The Burning by Jane Casey


There is a serial killer targeting young women who apparently have nothing in common and leaving their corpses burned beyond recognition. He is known as the Burning Man and Maeve Kerrigan is a junior officer in the team that is investigating the case. When they find the body of a well-off lady Maeve instantly thinks something is amiss as the body has not been as badly mutilated as the previous victims. This means she is pulled off the main team in order to investigate new avenues for this murder, but the public cannot know. However, letting her have some interaction with the main case could prove to be very dangerous. With lots of twists and turns Maeve must determine what has actually happened without letting her emotions side-track her. This is a very fast paced and intense story and Maeve is very likeable! It is well worth a ready – and even better there are several books in the series!

Hugz Tinz
Posted by Furrbster at 19:27