Well I finally decided to get my pencil and sketch pad out. I find it hard to get time to just sit and draw at the moment, but I made some time, popped Doctor Who on the laptop and drew my little Red-Rumped Parakeet - Billie. 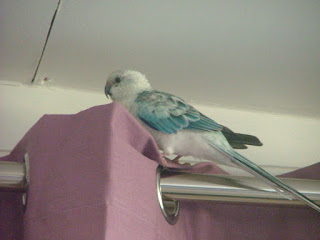 and here is my drawing: 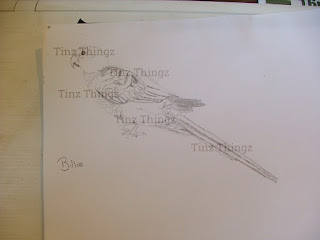 The watermarks have ruined it slightly, but I am really happy with it.

I would like to enter it here:
MAWTT #76 Wild Animals (he was an escape and spent a few months through summer living wild before being caught - he was never claimed so we kept him).
crafting by designs - Anything Goes
not just cards - anything Goes


I also have another book review for you all:

The Reckoning by Jane Casey
Maeve is trying to decide where she wants to go with her relationship. It is complicated as they work together on a team where relationships between work colleagues is strictly forbidden. She has also just moved to a new flat and is trying to get used to her house mates. This is all while investigating a series of violent murders on men that are on the sex register. Who is wanting to kill the sex offenders, and why? Especially as one of them is innocent of the crime. Furthermore, somebody is watching Maeve more closely than is comfortable.
Once again this detective thriller keeps you on the edge of your seat. The relationship between Maeve and Rob has just the right amount of friction, which the author explains very well throughout the story. Also Maeve is a very believable character, acting exactly like you would expect a normal person to act. Yes she has her quirks, but she is not made out to be a super-human, which is great. A very good read and it does keep you guessing!


And I would like to leave you with a funny picture of my poor hot rabbit - melting in the sun! 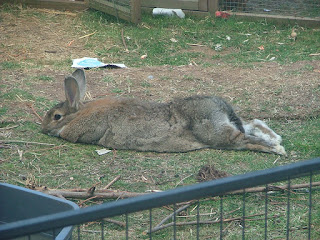