I have been out enjoying the allotment today. Planted by Brussels Sprouts out under some netting, weeded the beds that have already been prepared, did a bit of strimming and watched the wildlife - spiders doing the courtship dance and some froggies hopping around the plot! Forgot to take my camera though to capture them in action.

I have managed to catch my baby Beau having a play with her toys though. Hopefully she will soon have some siblings, as mummy has two eggs in the nest. 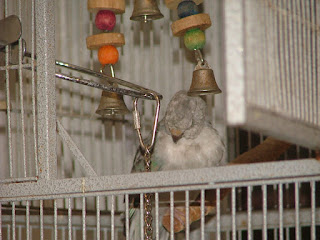 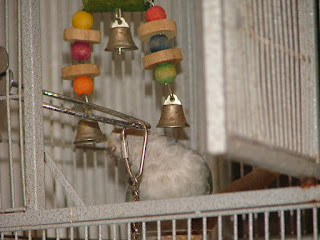 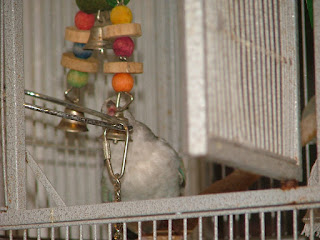 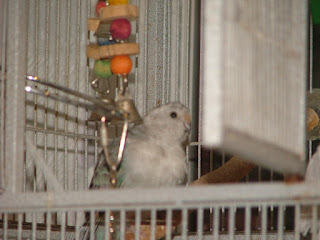 She is such a little cutie-pie. I will try and get some new pictures of her daddy soon too.

As promised here is an update on my Dinosaur height chart - now at 70.5 hours: 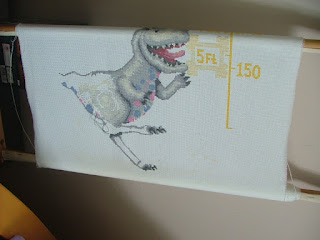 Over on facebook the Technique in focus at Crafting Techniques is Mixed Media. This is not something I do often, but decided to give it a go with a bookmark. I still need to decide on a tassel for the bottom, but here is what I have so far: 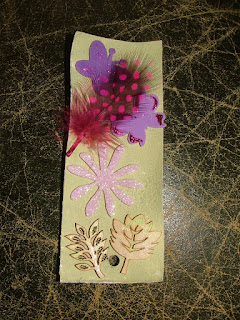 I used Distress Crackle paint for the background in Shabby Shutters. Then I added foan butterflies and a flower, some wooden leaves and highlighted them with glitter glue. I then added a feather for the final touch.


I would love to see you join me in my facebook group if you are a fan of mixed media! In the meantime I would also like to enter this bookmark for the following challenges:
LOC #128 Mixed Media
Catch the Bug Anything Goes
Creative Card Crew - Anything Goes
The Card Concept 54 Spring Flowers (not really sure what style it would go under!)
Polkadoodle Things with wings
ABC-challenge G-Grande (anything but a card)
Crafting by designs May Anything Goes

Hopefully on Monday I shall have a new ATC collection to share with you, some pictures of my plot and some new pictures of Billie boy, as well as another audio-book review.