As promised I am posting a new ATC collection. As we are not exchanging as often now, I decided to make this one an ATC and card set instead of an actual collection. 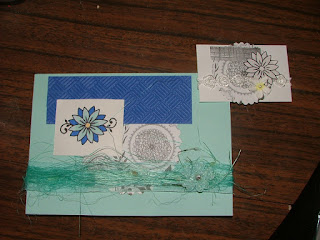 The same elements were used for both pieces to tie them together, but I used different colour schemes, to give them a bit of interest. They were both based on Sketch 159 from atlantic hearts:

I used a loose monochrome floral patterned paper for the background circle in both. Then for the card, as I chose a blue base, I used a blue stiffened ribbon, with attached flower, whereas for the ATC I used a floral lace ribbon in white. I then used scrap paper to find a co-ordinating top panel for both. The image came free with a papercrafting magazine and for the ATC I just fussy-cut the image out and added a white paper flower. For the base card I coloured the stamped image with Royal Blue, Pastel Blue, Pastel Green and Pastel Yellow promarkers. I should have used the largest scalloped circle die from the set, as this one has become slightly hidden behind all the elements.


I woudl also like to enter this card for these challenges:
The Challenge #72 (Colour) 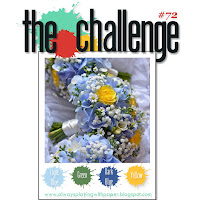 Here are some pictures of Billie: 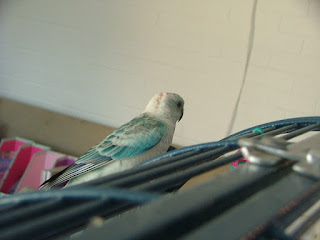 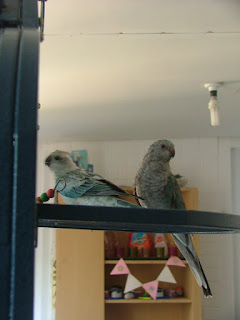 And also my allotment: 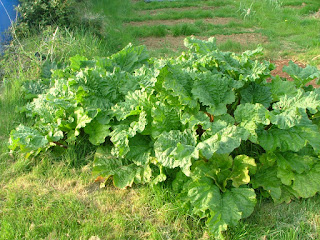 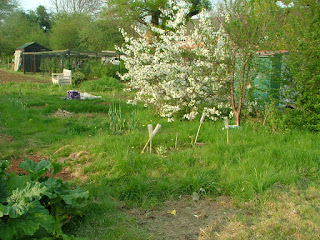 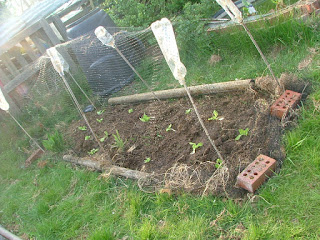 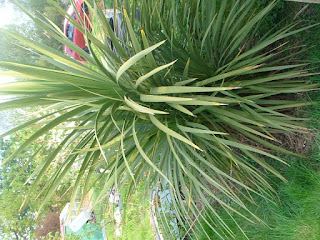 Audio Book Review
Regency Buck by Georgette Heyer
This is a Historical Romance I believe, and as such it is full of the obvious clichés, such as the detestable man on the road turning out to be the person they are going to meet etc. This story was written in the early 1900’s and so has the obvious associations of the time. When the father of Perry and Judith passes away, leaving them in the guardianship of somebody whom they have never met, and their father seldom spoke about, their future is uncertain. Furthermore, upon reaching London they find that their new guardian appears to be an arrogant dandy who is out to make their lives difficult where he can. To make matters worse it would appear that London is not good for Perry as he falls in with the wrong crowd, causing Judith to worry about his fortune, and is nearly killed on several occasions.
This book keeps you guessing at who is actually the bad guy. Surely it cannot be the one person who should be most obvious? One minute you think one thing, then the story reveals something else that makes you question this assumption. I really enjoyed listening to this book, although each CD was slightly longer than usual, meaning that once or twice I reached my destination before the CD had finished. All in all I would recommend this story.

Thankyou for looking
Hugz Tinz
Posted by Furrbster at 22:42