We were supposed to be going camping this weekend, but have decided against it as it is supposed to rain all day tomorrow and with very little money and a tiny tent, this could just make it rather awkward. So I used the extra time to make some Christmas cards and take some pictures of my allotment (and its wildlife).

Here is my Santa Christmas: 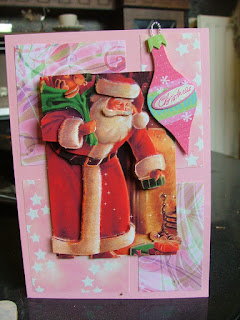 I wanted a traditional image on a non-traditional card format. So I used a pink base card, with pink patterned Mulberry Wood papers. I then used a decoupage Santa from the Papermania At Christmas Time collection. A matching pink bauble containing the sentiment, from Papermania Mistletoe Kisses collection, finishes the card. 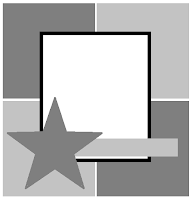 Jingle Belles Rock - Banish the holiday blues (no blue)
Open-minded Crafting - #5 Use your favourite technique (I love the effect of decoupage but find it very fiddly sometimes)
Today I would like to introduce you to Cap'n, one of my youngest mice. I will be introducing his mummy later on. This little guy lives on his own currently in quite a large cage, because he started squabbling constantly with his brothers. This could have been because the cage was all one level, or because there are female mice in the room and they could smell them. It would be lovely to find a vet that was happy to castrate mice as then there would be no problems lol. He is quite jumpy with fingers, but once he is out he is very happy to investigate you and anything you are doing. He was playing camera shy though! 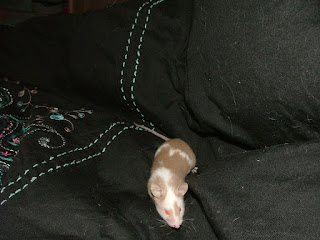 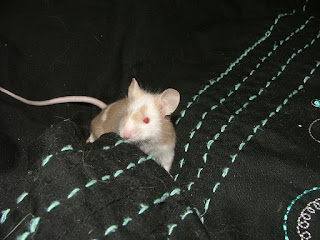 As you can see he has a patch over one eye - hence the name.

Astray by Emma Donoghue
This is a collection of short stories, based through the 1800’s for the most part, with a general theme of characters that have gone astray, in one form or another. From legalities, to moving location and even a gender change, she covers it all. It is worth remembering that these are based during a period which is quite restricted and so the thought processes of the characters may reflect this, and differ drastically from the views held in current culture. All of these stories are based on fact in one form or another. Some are based around the actual character, whilst others are based upon the event, with fictional characters to indicate what might have happened with the people involved. I love the fact that each story has an explanation after it, so you find out what the facts are, and also that the author has explained why she chose the stories in the book as an afterword at the end of the stories. The shortness of the stories stops them from becoming more than a light read, and I think that works very well in this instance.


I will leave you with some pictures of my chilli plants full of flowers: 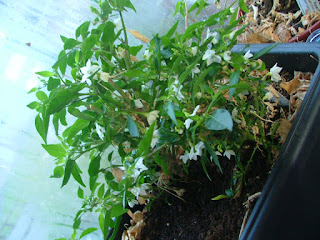 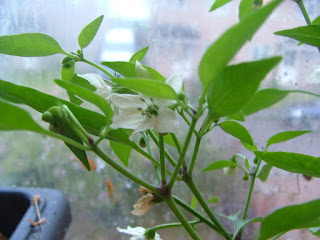 And some basic pictures of my plot today, beginning with the fruiting area: 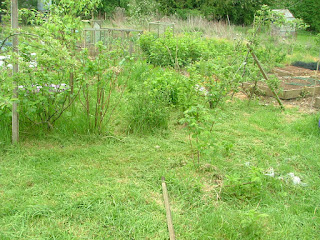 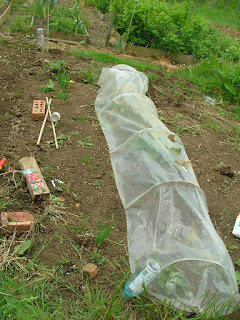 Area that I am currently working on - you can see the strip that is cleared and the pile of horse dung that is to be worked in before I plant the cucurbits out. 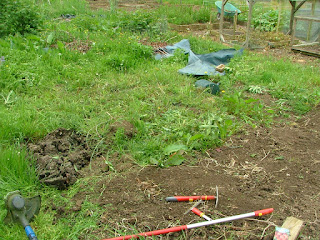 The bed that was covered for a year and the ants helped to work the soil nicely (although only the onions and beetroot seem to be doing anything as yet - except for the bindweed), with the bramble patch behind. 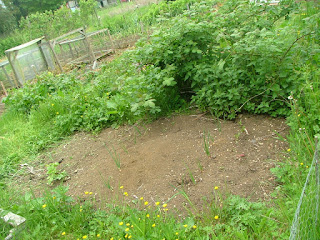 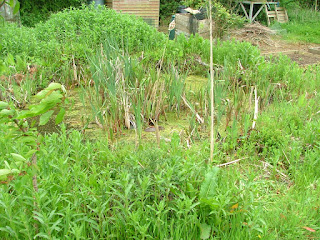 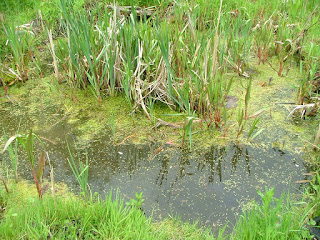 Thank you for taking the time to look at my blog - and maybe read some of it too lol.

Hugz Tinz
Posted by Furrbster at 20:13