This card has taken me a couple of days to make as I wanted an interactive card, but was also following a sketch, which meant that I ad to think about how I wanted to make the card work.
So I started off with these bits: 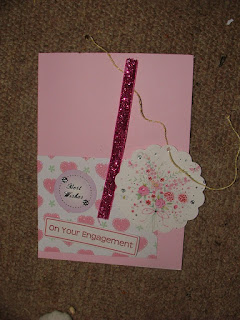 I knew how the base would look, so this was quite quick to produce. 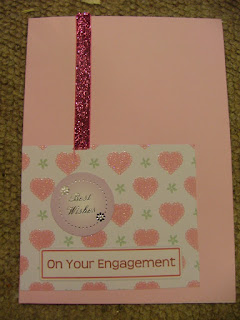 But then I had to add the moveable piece. This part took the time, and I used a spare piece of Kraft card, about 1cm wide and 5cm long, and concertinaed it at 1cm intervals. This was attached behind the top image, and the top of the concertina above the 'with love' topper. 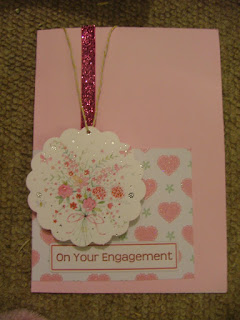 So when you pull the twine, gently, you get this:
It does not work quite as well as I would have liked, but I will play around to make it smoother (currently it tries to lift the top image, rather than slide, initially). 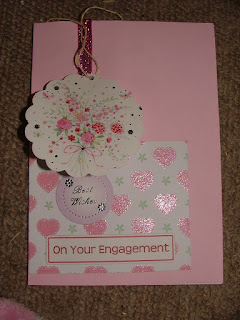 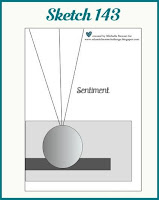 
Much of today was spent looking around for wedding cake options and lalcohlol prices for the reception, so I haven't managed to get much completed. However I did edge the bed that I dug over last week:
(PIC to FOLLOW).

My Legendary Girlfriend by Mike Gayle


I think this book would fall into the genre of comedy, which would explain why I found it quite difficult to listen to a lot of the time. It is about an English teacher called Will Kelly, who is still in love with his first proper girlfriend. Because he has been unable to move on, his only connection with the outside world, besides work, is the telephone, on which he speaks to his friend Alice, best mate Simon, previous tennent of his flat, Kate and Martina, his one night stand, as well as the ex-girlfriend. This story takes place over his birthday weekend, and is very over-the-top. Will is the sort of person that really winds me up and so a lot of the time I just wanted to smack some sense into him. However, if you are a comedy fan I think this story has a lot of twists and turns to keep you interested.
Posted by Furrbster at 18:34