Hello on another cold day - ut at least it is wintry now instead of being extra damp!


We have spent the day over in Leicester trying to organise bits for the wedding - provisional date of 19th March. Need to check with registry office etc before confirming though.

I have made a little glass bottle decoration today - not sure what t do with the bottle now though. Do I use it as a vase, or do something else with it?

Anyway - here it is: 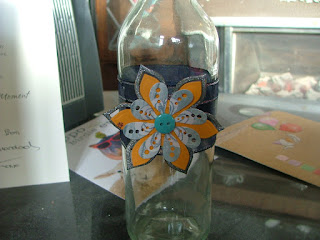 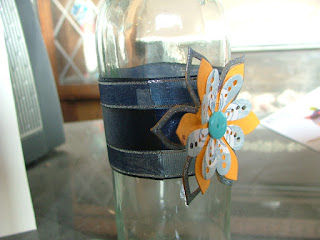 I used a navy blue ribbon with white metallic thread running through it as the wrap for the bottle. The bottom flower was created with a sizzix die on orange patterned paper (stuck over Kraft card for stability), and the outer petals coloured with a navy papermania glitter marker. The second flower is a Marianne Creatables die and was cut from navy and white floral paper. A teal button was added to the centre of the flower to finish.


This decoration is to be entered into the following challenges:
Always playing with paper #56 Colours 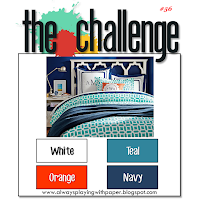 
This story is set in Iceland, near an American military base. When a body is found in a hot spring used for healing by several people the clues lead to the military base. However, being American land the Icelandic police find their investigation being blocked at the highest level. With no information being given as to the why, or if the base even considers the murder as anything to with itself, the Icelandic police are forced to use devious measures to find out the truth about what happened. At the same time, one of the newly recruited officers is looking into a cold case of a missing girl, and some hidden papers turn up a new route of enquiry. After all this time, the murderer will not wish to be brought to the light and so care is needed. A captivating book to listen to, with some very strong characters. It emphasises the restrictions caused by having foreign entities within an area, but also highlights co-operation to some degree. A worthwhile book to try.

Hugz Tinz
Posted by Furrbster at 22:26