For anybody that reads my blog regularly you will know I run a couple of craft groups over on facebook. This month the Crafting Techniques group is taking everybody into the kitchen to make some sauce - any sauce is acceptable as long as it is made from scratch and a link to some instructions is provided, preferably, in case others in the group would like to try making it themselves. So I made a pasta sauce. As I have an allotment I was able o use some of my own home-grown produce for the sauce, however with the poor weather I did not have enough tomatoes so had to use some tinned tomatoes also. Here are the ingredients used: 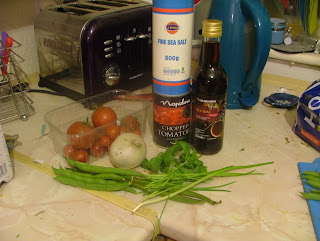 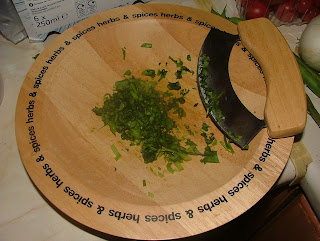 Then all the vegetables were chopped. Ten the recipe told me to fry all these vegetables, but not the herbs? I could ave chopped the herbs while the veg was frying and saved a bit of time! 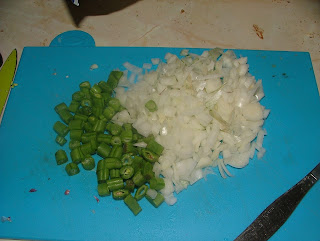 After about 10 mins I added the tomatoes, seasoning and red wine vinegar. I also managed to splash some on the side of the hob - :( More cleaning up for me lol. 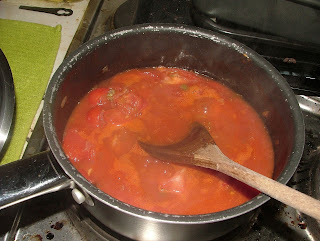 Add the herbs once it is cooked and stir in - it doesn't really look much different from when you first start cooking it to when it is finished, but the texture is different. 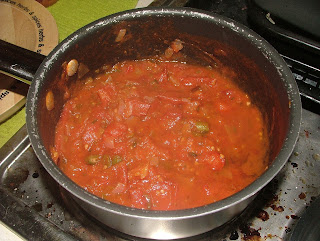 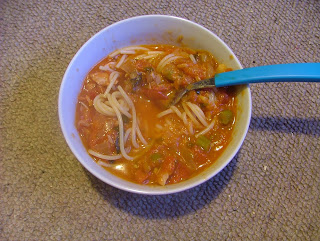 The recipe can be found at http://www.jamieoliver.com/recipes/pasta-recipes/classic-tomato-spaghetti/

My OH says it is very tasty and he is pretty hard to please lol.

I have also made this CAS card: 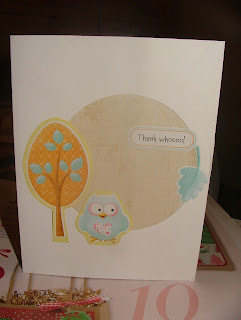 I die cut a circle from a white base card, and backed it with double sided paper, with a moon-like effect on the one side, and floral for the inner side of the card. The stickers were free with a magazine and I used the sentiment and leaf directly onto the aperture, but stuck the owl and tree to yellow paper first and then fussy cut around them to create the effect of the moons glow against them.

I made this card for the following challenges:


Thank you for looking,
Hugz Tinz
Posted by Furrbster at 21:07