It is a little harder to make Christmas cards whilst the sun is out! However I gave it a good go!

I took a square green base card and followed the following sketch from Atlantic Hearts: 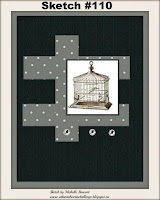 . I used two different patterned papers in red for the top and side panels, and a green Merry Christmas ribbon for the bottom panel. The image is a House Mouse image which I coloured using promarker pens after die-cutting the image. Two gold sequin flowers were added, and a multicoloured poinsettia to finish.

Here is the card: 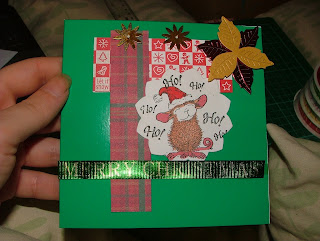 Life of Pi by Yann Martel


Well this was certainly a surprising book to read. As it has been made into a film, I assumed it was all nice and suitable for children – how wrong was I? This book is about a young boy whose father owns a zoo. When they are moving, with most of the zoo, to Canada that ship sinks, leaving the boy, a hyena, an orang-utan and a Bengal tiger on a lifeboat. This story documents how the young boy learns to survive, for over 200 days. It is not a ‘nice’ story and in places makes you feel sick because of the way the boy does things, and it does not pull the punches. At the end of the story a slightly alternate reality is given, leaving you wondering which one is the true story. It is an interesting book to listen to, but I do not think I would listen, or read, again.
Posted by Furrbster at 20:54