Urgh I hate working weekends. It is hard enough getting all my crafting done, without all my time being taken up with the swear word!!! lol. However, it did mean that I visited a pet shop I have not visited for a while and they had the spitting image of Billie boy. 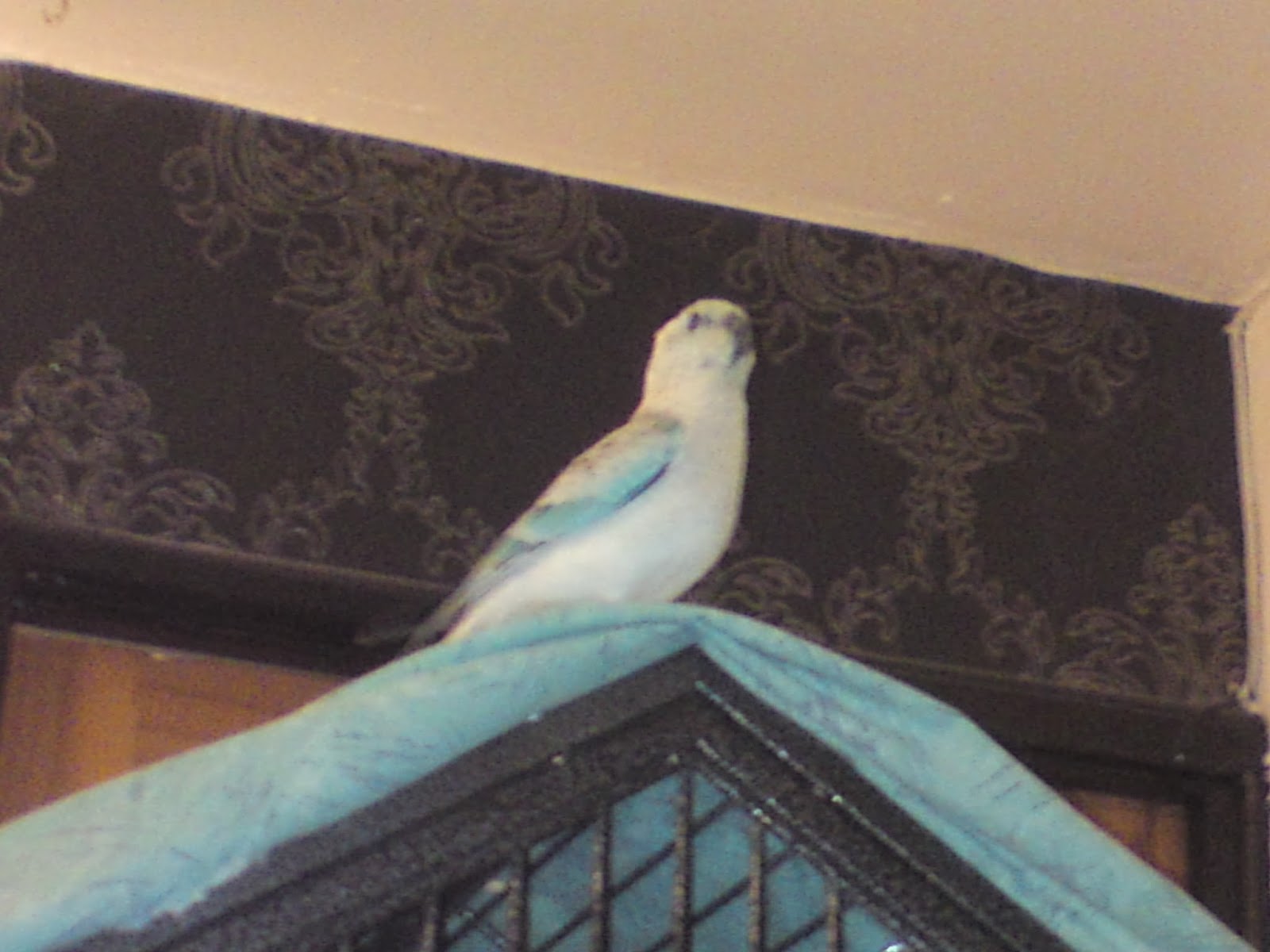 As we wanted to get him a friend this was fantastic!!

Since I have last been on I have done a little of my fish tank, and also made up the body of my knitted hippo. I will upload the next Hippo photograph once he is fully completed though. Here is a picture of the fish tank at 30 hours. 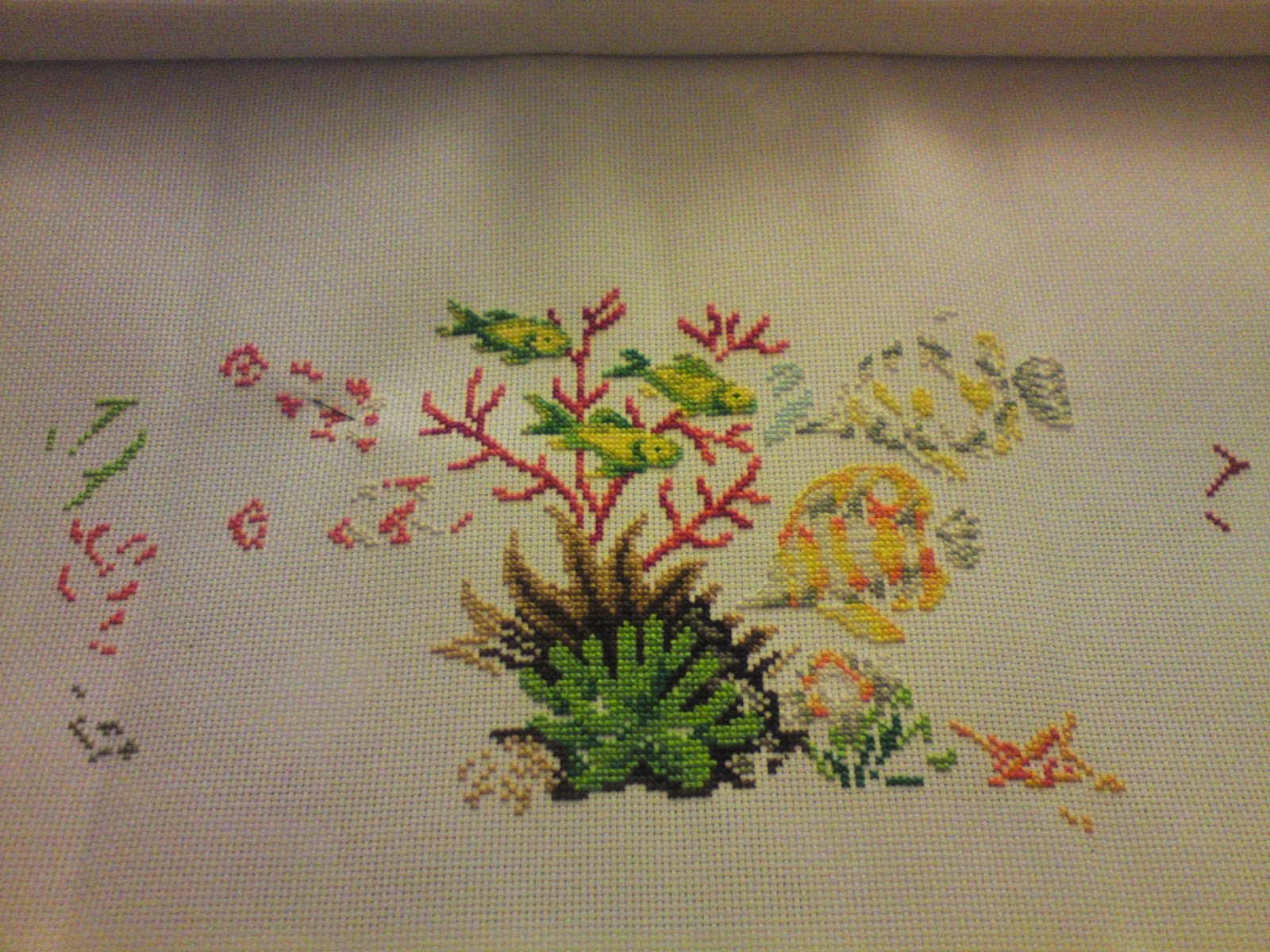 It is difficult to see the progress due to the most recent stitching having been ecru, so not standing out very well from the aida.

I have also been making some ATC's for the exchange group. There were 3 birthdays this month and so I have made 3 ATC's to send out on Monday - with birthday cards and gifts. The first of these is 'Snowflake Kisses' due to a suggested theme of winter. 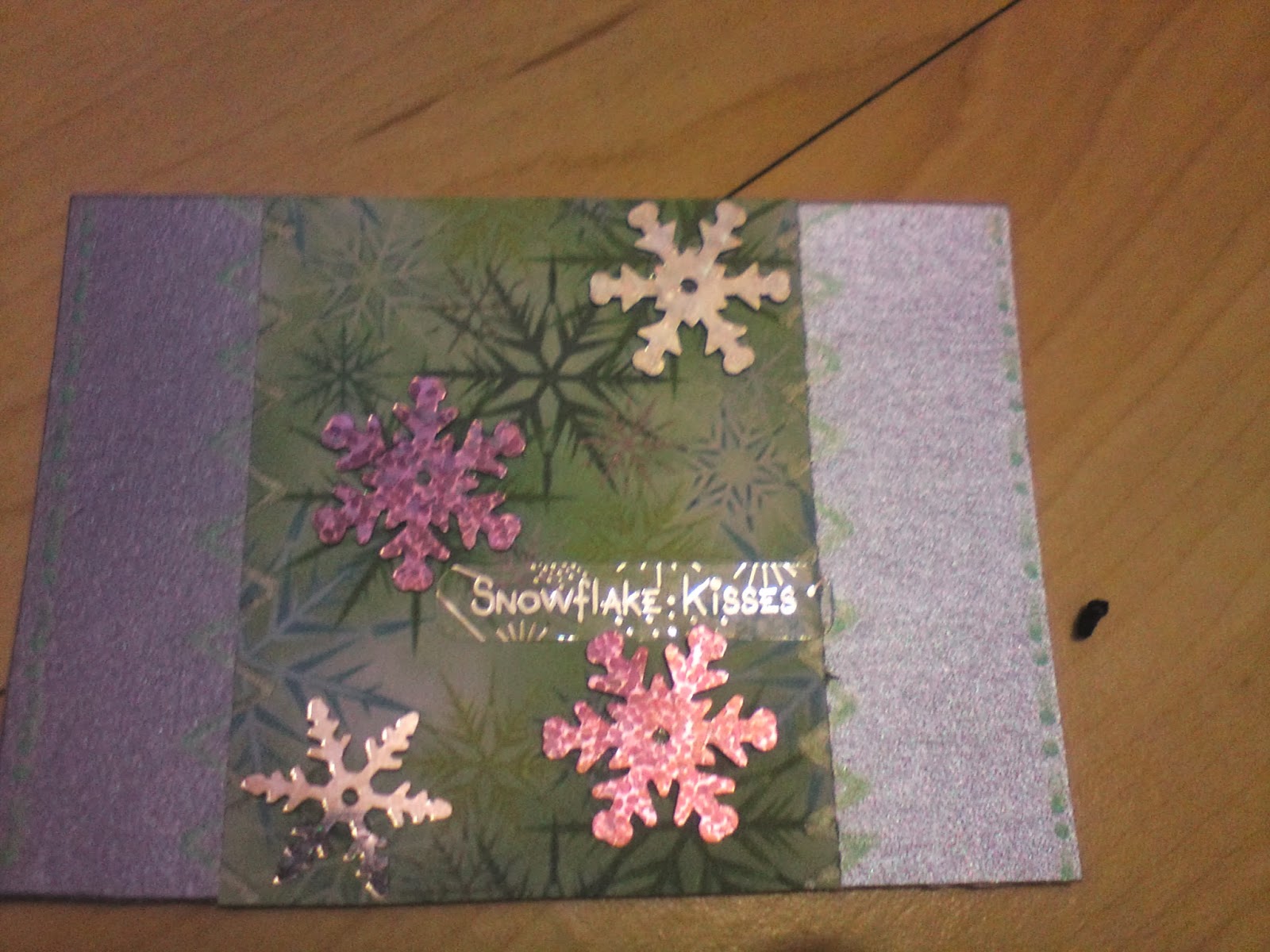 This one was on iridescent purple card, with green snowflake backing paper - paper mania - and with snowflake sequins scattered on the acking paper. The title is from a Me to You outline sticker sheet.

The second ATC is 'On the Farm'. 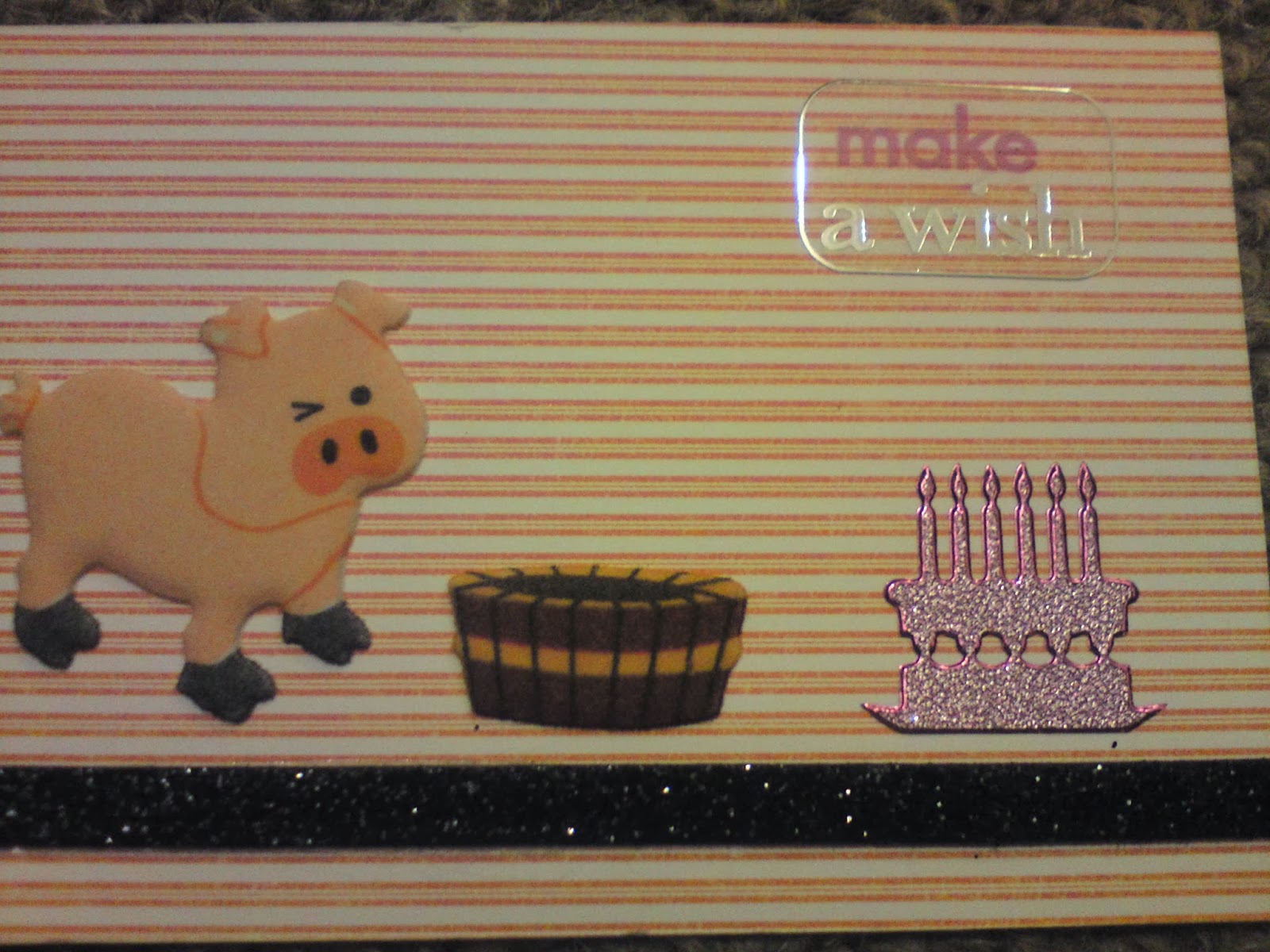 I have had some piggy felt stickers for a while. They were given to me as a gift when I was doing my Honours Research Project, which was on pigs. I stuck this pig onto a stripey pink card, with a pink glitter outline sticker of a cake and a glitter papermania ribbon added underneath.

The final ATC is 'Floral Flourish' which was done on a patterned silver card. 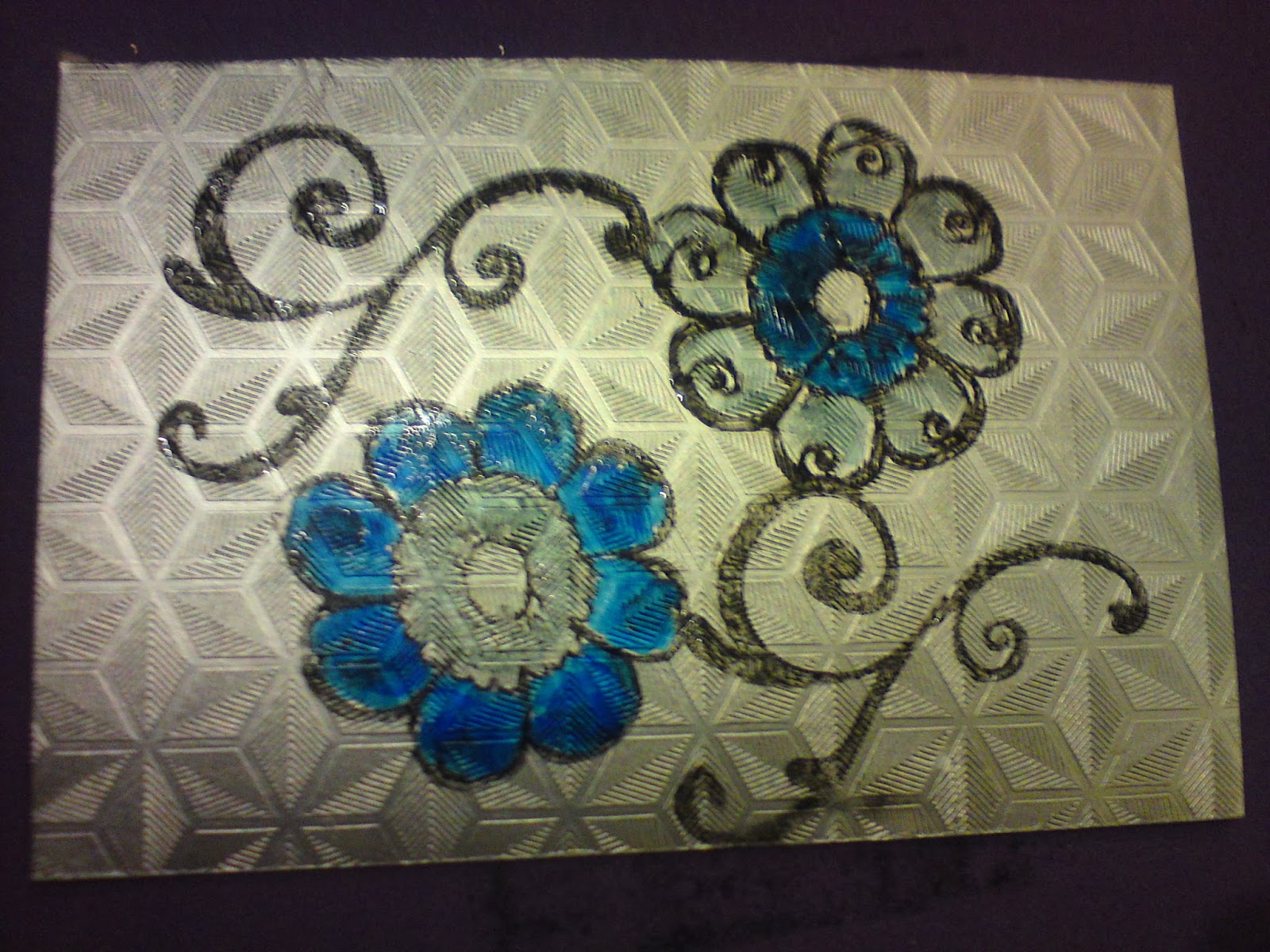 This is a simple ATC which uses stamps that were a free gift and matches the birthday card that will be sent with it. This ATC will be submitted for the CRAFT colour challenge. The flower stamp was inked in black and stamped straight onto the card twice. These were then coloured using promarkers. Two flourishes from the same stamp pack were then also inked in black papermania ink and added below the flowers.

The matching card uses the same flowers stamped onto cream card and coloured in promarkers before being cut-out and stuck onto a white card blank. 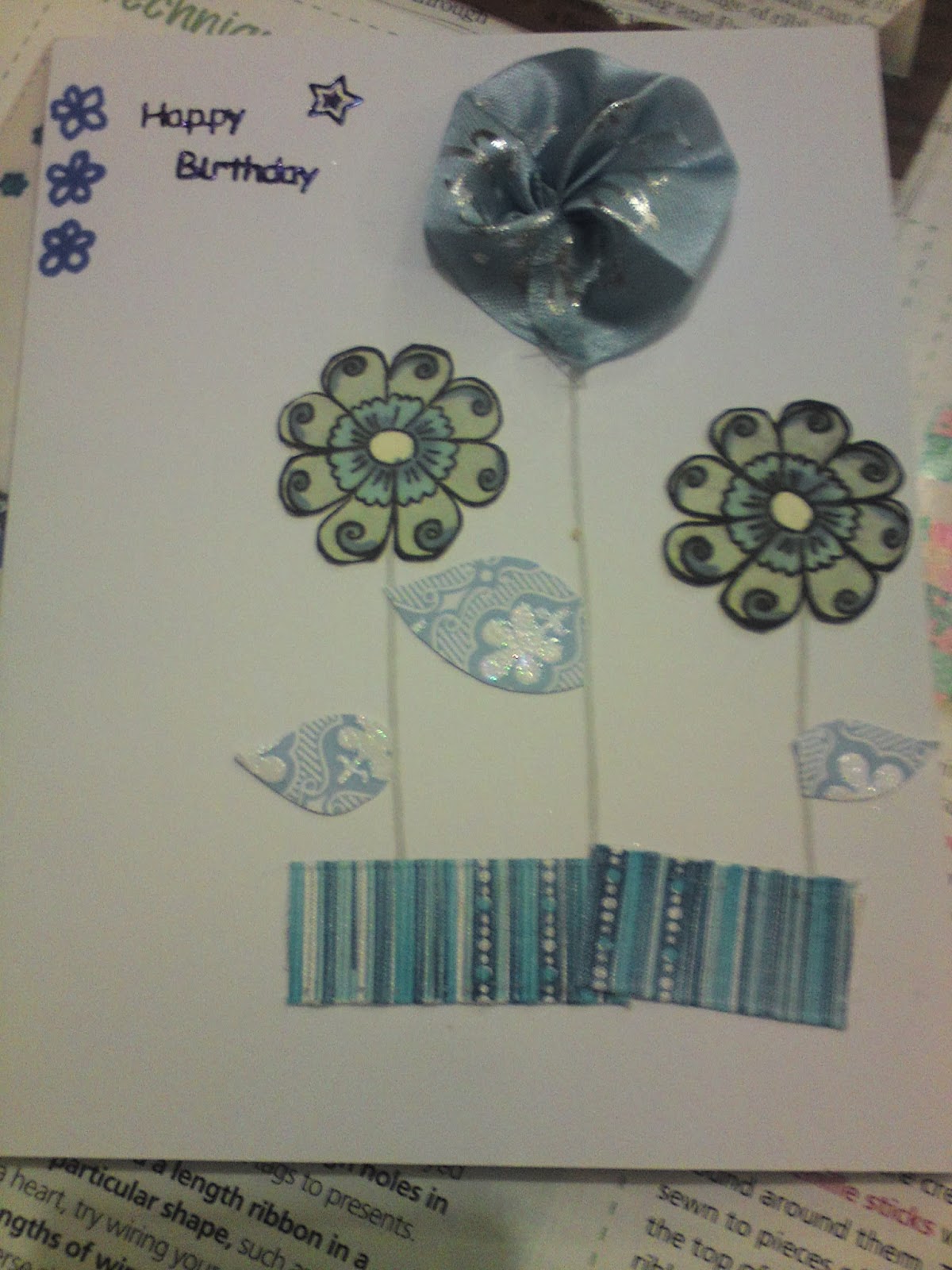 A rosette was made from blue ribbon and added between the two stamped and coloured flowers. Stems were drawn in grey promarker and then leaves cut out of Forever Friends 'Forever Love' paper. A blue ribbon from my stash was added underneath the flowers in a staggered line and flowers drawn down the left side. An outline sticker sentiment was added next to these after being coloured using The Original Peel-Off's markers. This card will be entered into the passionforpromarkers ribbon and CRAFT colour and countryview monochrome challenges.
Posted by Furrbster at 19:51