I have an autumnal themed card to share with you today. 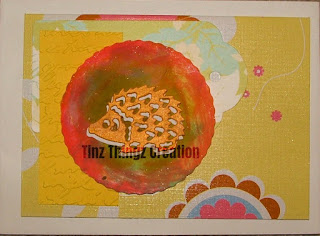 I used a patterned base card and added a tag and embossed panel of yellow card to the base - following the sketch below. I inked a die-cut scalloped circle using autumnal distress inks and then layered a white and gold die-cut hedgehog together and added them to the circle.

TheLibraryChallenge #69 What to look for in autumn 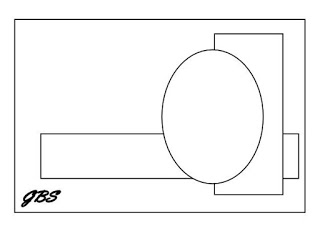 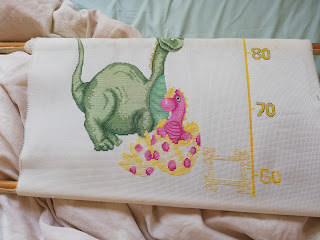 And finally an audio book review for you - as it has been a while!

Gate of the Dead by David Gilman

This is the third book in the Master of War series. The peasantry are rioting through France looting and killing anybody who is better off than they are, regardless of the person’s character, putting Blackstone’s family in danger. Meanwhile, Blackstone has been summoned back to England, from where the Prince banished him in the previous book for trying to kill the King of France.

Upon his return to England, after a treacherous journey, Blackstone finds out that it is actually the Kings mother that has summoned him, and she wishes him to best the Prince in a joust competition. She is playing politics with Blackstone’s life because she knows the King needs him once again. She manages to convince the King and the Prince of Blackstone’s use, and blackmails Blackstone by using his family against him, even though realistically she has no idea where they are.

Blackstone finally finds his wife and children, but Christiana is in a perilous position as she has spoken up against a German knight. And not just any German knight, but the brother of the knight Blackstone killed at Cressey. Blackstone has to stand up for his wife’s honour, while also trying to subdue the rebellion. Unfortunately, things take a turn for the worse for Blackstone before the end of the story, and it ends with him taking to the sea and leaving his son in the care of his former mentor.

This is very gruesome in parts and does not hold back from the brutality of war and the peasant uprising. However, it is a very good story and keeps you wanting to know if Blackstone will ever find his family again.