It's Christmas Time....oh not yet?

I have a couple of Christmas creations to share with you today. The first is this CAS Christmas card that I made: 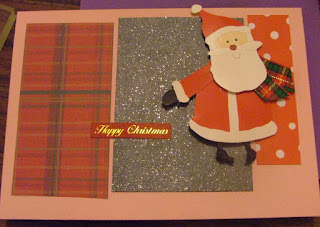 Ok not the cleanest of CAS cards (in my opinion), but certainly very simple. I used off cuts of patterned papers for the back panels, and cut a piece of black/dark grey glitter cardstock for the centre. I then added a Santa topper - he has lost an arm so I placed a scarf over it instead lol. Finally I added the Anita's sentiment.


I would like to enter this card for the following challenges:
Quirky Crafts #2 Red/Pink, Black and White
abc christmas D-Don;t over do it
Simply create too #103 Pink or red
crafty hazelnuts christmas challenge #269 Cute
Winter Wonderland CAS
CRAFT Christmas
always playing with paper #60 pink, red, grey and white (ok mine is a dark grey) 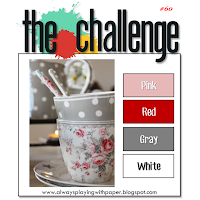 I also completed these two stitches as part of my stitch one thing each month for Christmas objective. So these are January and February contributions. 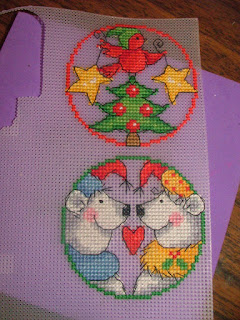 They took 13 hours to complete together.

I also have an audio book review for you today.


The Burning Land by Bernard Cornwell
This is a story about Uhtred based in the ninth century. King Alfred is in failing health and the Danes see opportunities to attack Wessex. Unfortunately Uhtred is still under oath to the king and is his secret weapon, as he was raised with the Danes and so has intimate knowledge of their fighting strategies. However, when Uhtred loses his wife he starts to drift and decides to break his oath to the king, who has never repaid his service. When the Danes collect for a final assault on Wessex and Mercia, Uhtred is summoned back to defend the Saxons once again due to an oath given with love to the Kings daughter who is in trouble.


I do love these stories, and this one was even more exciting as it follows on from the recent television series. I have no idea how true to history the story is but it is definitely one to read/listen to!

Thank you for looking
Hugz Tinz
Posted by Furrbster at 16:52