Well I have a few completed cross stitches to share with you today - and an audio book review too. This was a long one - hence the gap between reviews - 25CDs!

So first up is my Calender piece for September: 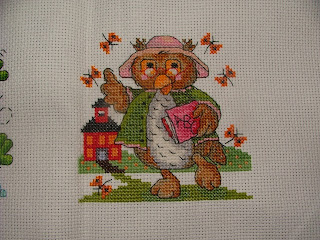 This cute little owl took 17.5 hours! I used some satin threads in the butterflies wings too to make them shimmer nicely.
I would like to enter this owl for the suzy bee Something beginning with S challenge - Stitching and School.

Second are my Christmas decorations: 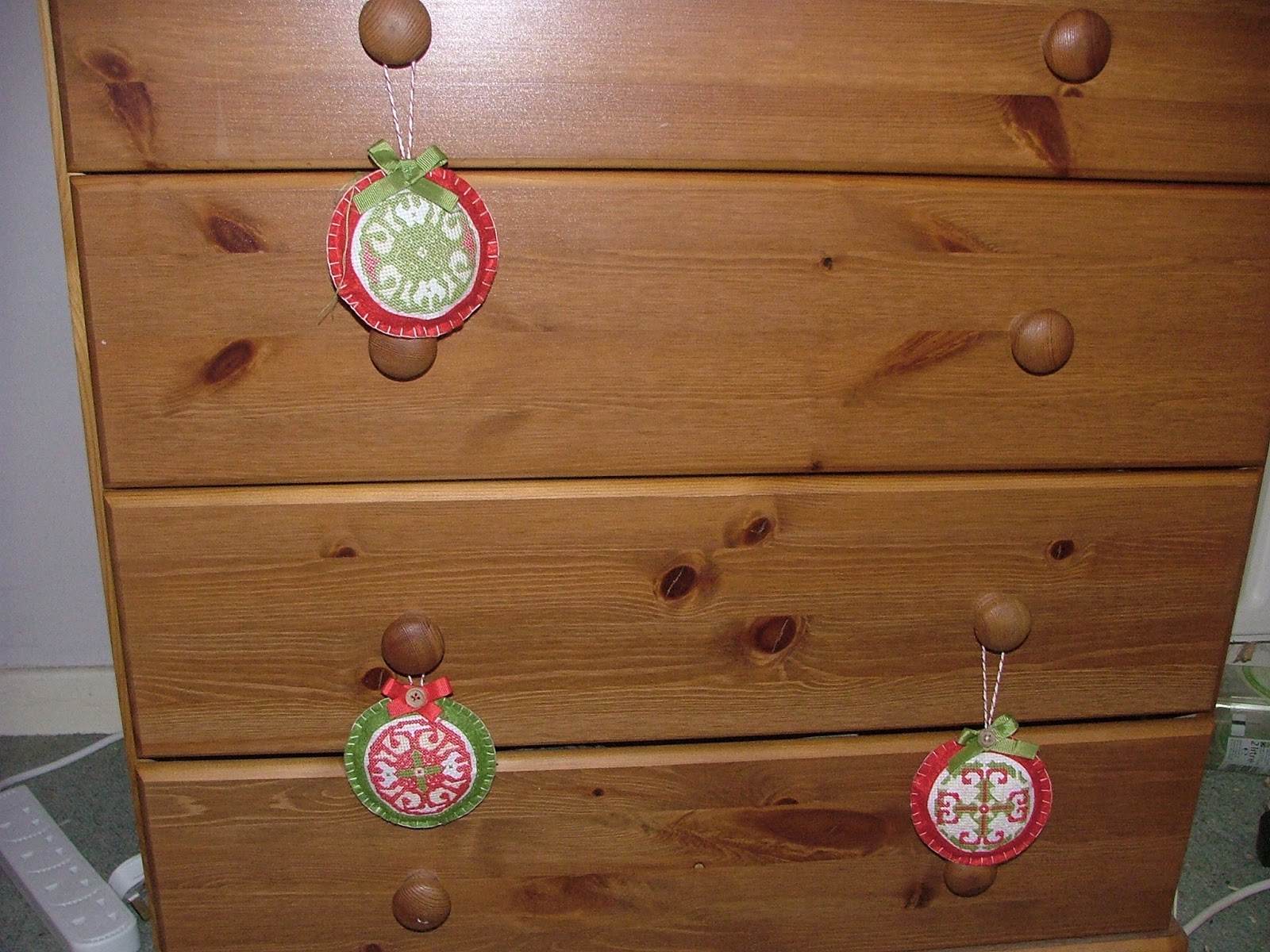 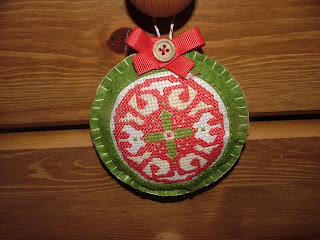 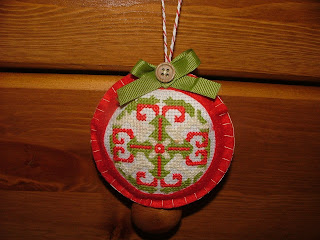 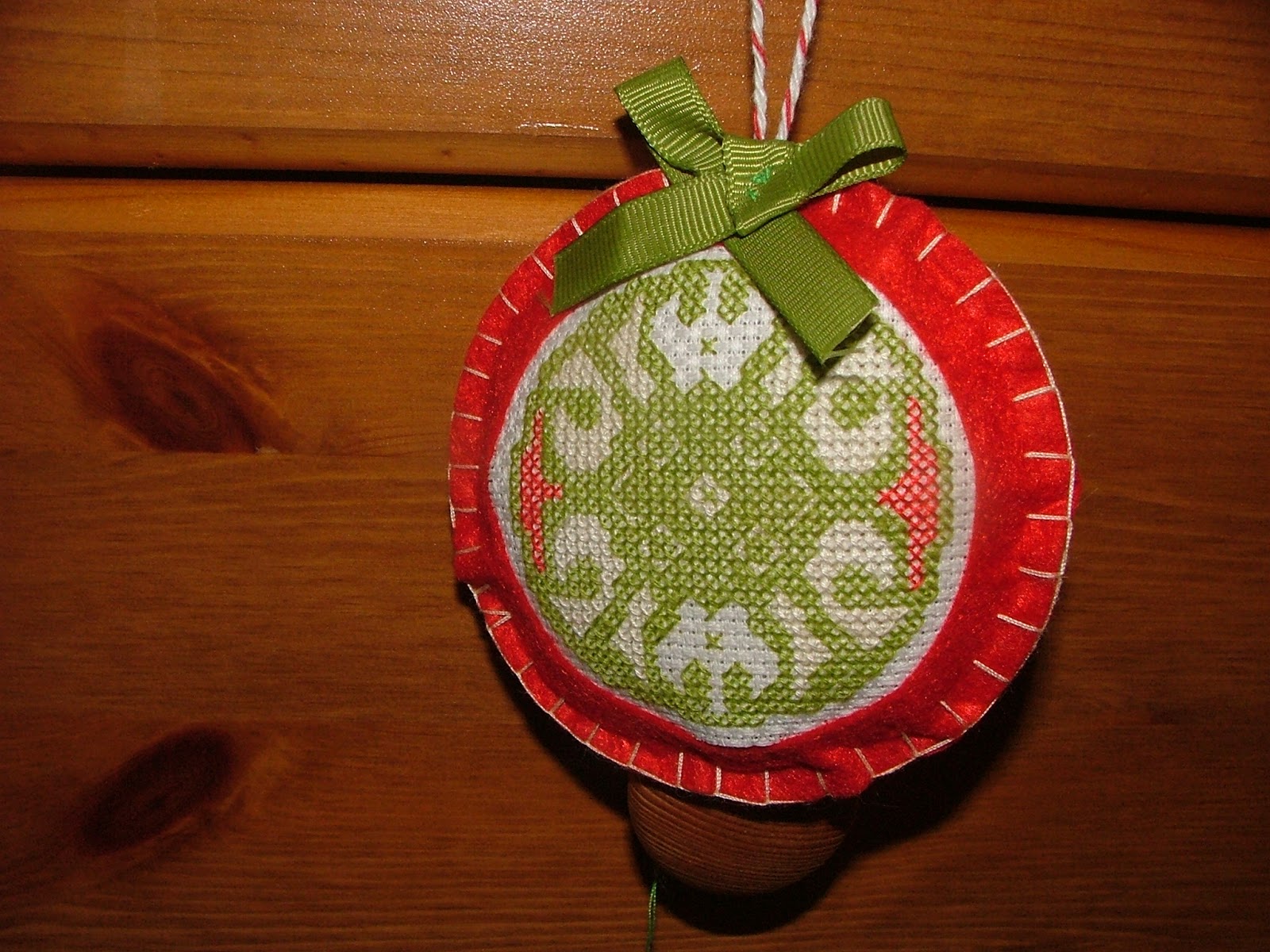 The stitching for these was already complete, but I have now finished making the baubles themselves up. I am missing a button for the final one though :(.
I would lie to enter these decorations for the crafting by designs Anything Goes and Country View Add some texture (felt backing and stitching) challenges.

Finally is my recent RR design - Queen Bee and her subjects: 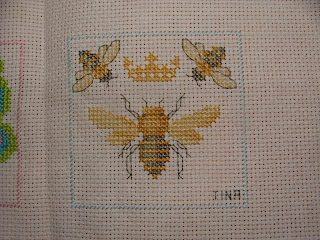 This took 4.5hours to complete and will be posted back to its owner at the weekend.

I would like to enter this piece of work for the papertake weekly two by two challenge - for the two worker bees.

Birds without Wings by Louis de Bernieres
This is a fictional story based around the very real happenings in small villages during the first world war and subsequent Turkish war of independence. The story is based around the inhabitants of a small village, and parts of the story are told by these inhabitants, so that the reader/listener gets an idea of how people thought and reacted during these difficult times. It also follows the life of a main character in the war of independence for Turkey, and how his actions affected the little people, and also history in general.
This is a very good book. I like the way it gives an overview of the proceedings, but then also gives the account of the happenings from the people who lived them, making it much more personal. You really get to know the main characters and feel for them during their difficulties. There is a lot of quite detailed information about the terrors of the war which may not suit some people, but it does not tell of these things being carried out, just of seeing the aftermath. They are also recounted through memories rather than told as if presently happening, which softens the blow a little, but makes the compassion for the person doing the recounting greater. It would be very easy to believe that this was on the whole a true story, rather than just based around actual events. The fact that it also has a focus on a routine engagement that goes wrong also makes it seem more real.


Definitely one to listen to – or read indeed.

Thank you for looking at my post
Hugz Tinz
Posted by Furrbster at 20:02