Sunny Bee under the Olive Tree

Well the weather has certainly warmed up again. It has been really cold in the mornings this week, but hopefully we are now on the move to Summer properly! The rain really brought the grass up down on the allotment - I ran out of battery before I had got even half-way round the plot!

I am also loving the warmer weather and was inspired to make this lovely bright card: 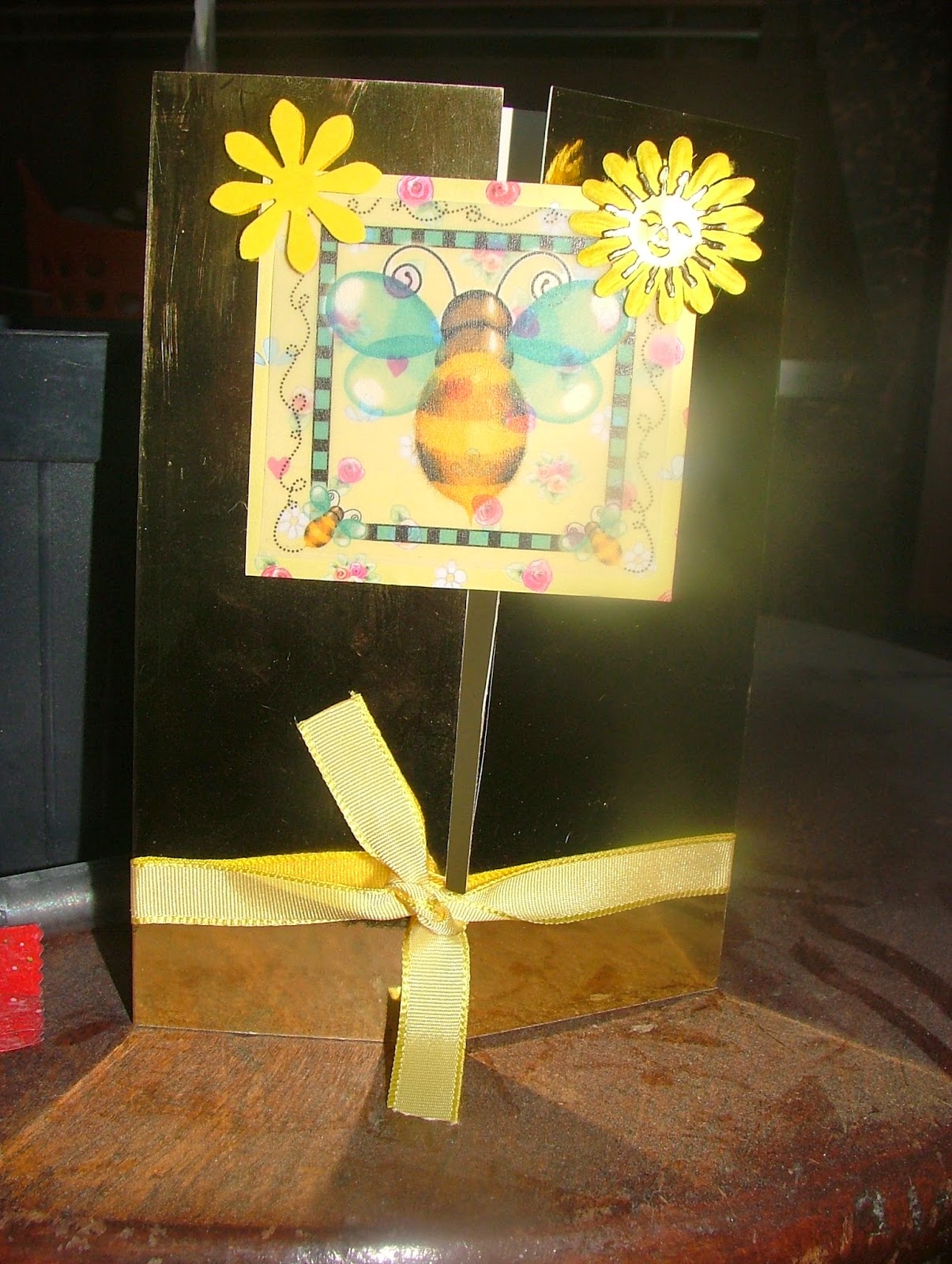 I made a gatefold card from Gold Mirri card. A yellow patterned paper by Helz Cuppleditch was cut into a square, slightly larger than the bee image and the image was layered on top. The image is a pre-coloured vellum from HOTP and so vellum tape was required to adhere it without leaving any marks. However I also added two sunshine-like flowers to the top corners to secure the top of the panel. A sunshine peel-off was placed over one of the flowers, and the panel adhered to the left flap of the card. Finally a yellow ribbon was tied around the card to hold it closed.


I would like to enter this card for the following challenges:
Simply Less is Moore 224 Sunshine
glitter n sparkle 137 Use some ribbon
crafty ribbons #119 Animals
creative moments 68 Teentastic (nice and bright and interactive)
Crafty Calender Things With Wings

AUDIO BOOK
The Girl Under the Olive Tree by Leah Fleming
This is a drama based on the Second World War and the occupation of Crete. It is written as memories from the main people involved, as they go back to the island of Crete 60 years later. The story focuses on the life of an English debutante who wishes to make her own way in the world and ends up in Athens as the Germans make their crusade against the Greeks. She finds that she has useful skills that can help the natives and so decides to stay in Athens, against her fathers’ wishes. She has many close calls and meets many people, a few of which are also on the island for the 60th Anniversary remembrance.


This is a heart-wrenching story of love and loss, and of the cruelties of war. It goes into some detail of the efforts the local people had to put in to try and keep the country independent of the Germans, but also shows the occupation from a German perspective, showing that not all Germans believed in the Nazi cause. A very good, captivating book to listen to, especially if you like drama and suspense.

Thank you for looking
Hugz Tinz
Posted by Furrbster at 20:20