Wreath all about it

For this post I have used a new wreath die (came with a magazine) to make both a Christmas card, and also a desk calender.

As you can see for the calender I have used the die as fireworks to highlight the 0 and 9, and for the Christmas card I have kept it as an actual wreath.

This pair was made for the current Twofer challenge #11 Wreath.

My calender was created using lilac sparkle card as a base. I then cut a triangle from white card to make a stand (fold one edge of the triangle and adhere to the reverse of the base so that the bottom edge slopes upwards rather than being flat to the ground - this allows the calender to sit back onto the desk). 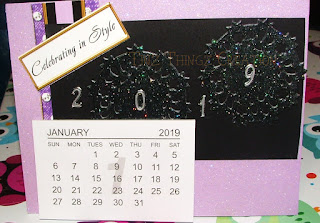 I added a border strip down the left side and then layered the year panel over this. Initially I was going to stamp and heat emboss the numbers, but the numbers were a little large, so I decided to do it this way instead. Finally I added the sentiment and the calender tab. 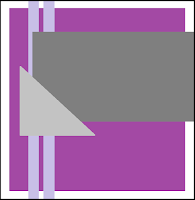 I would also like to enter the calender for the following challenges:
CCM #222 Lots of layers


The Christmas card is very CAS: 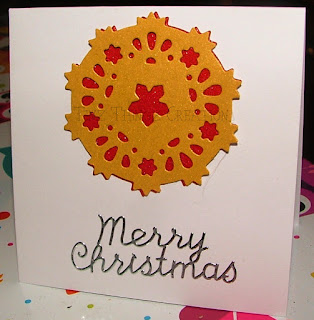 I used the outline die on poppy glitter cardstock, and then used the accent and centre die on saffron pearlescent paper. I layered these two together. To finish I simply added the peel-off sentiment (in smokey slate of course).

I would like to enter the Christmas card into the following challenges:

I also have a book review to share with you today - a long time in coming I know:

The Lost: Paula Maguire #1 by Claire McGowen
The first book in this series follows Paula, who is a forensic psychologist, back to her home town in Ireland. Two girls have gone missing on the border, but Paula’s return stirs up the past and the reasons why she left her hometown in the first place. These reasons may put the whole investigation at risk. All the evidence that they manage to gather also appears to link back to events and disappearances from the past, and Paula must figure out how everything is connected before more girls are lost.
I found this book very slow to start with, but as you get to know the character and the history you do want to know more and you get more engrossed. This is not as fast paced as a usual crime novel, but there are still twists and sub-plots and by the time I had finished the story I wanted to read the next one to find out more about Paula.

Hugz Tinz
Posted by Furrbster at 21:09