What a miserable week it has been, but the gardens have appreciated it!

I have made a travel themed ATC collection this time, based around the sketch at SSW2 62: 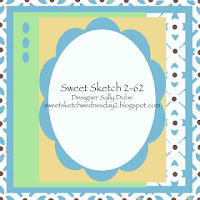 and using a train stamp from The Stamping Boutique.

So here is the collection: 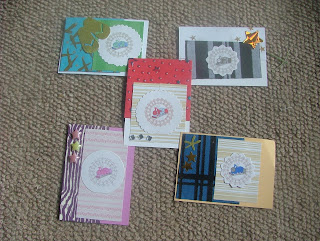 These are also being entered into: 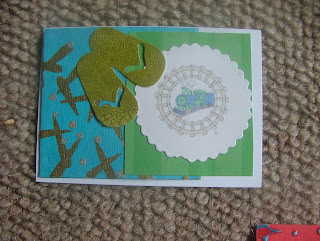 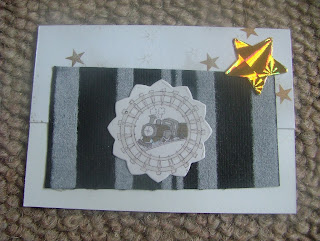 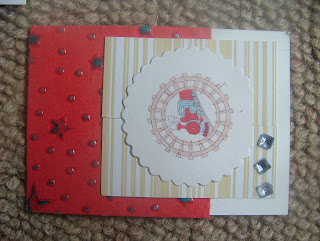 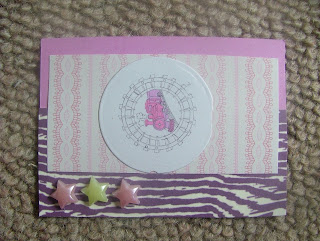 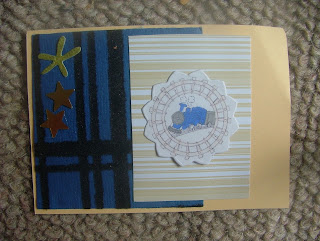 The Evidence Exposed by Elizabeth George
This is a book that consists of three short stories, about murder. The first story ‘The Evidence Exposed’ is a group of Americans who are studying ‘The Great Houses of Britain’ with much tension, attraction and intrigue between them. When one of the party dies everybody seems to have a motive, but Inspector Thomas Lynley (apparently he appears in the authors novels) uncovers a secondary motive.
This story was the shortest of the three, but I thought the most enjoyable. It gets your mind thinking, and when you have a long commute this can be very useful. The necessary information required to determine the killer is not given until the end of the story, keeping you speculating throughout.
The second story ‘I, Richard’ tells the story of the obsession Malcolm Cousins has with King Richard III and the lengths he will go to for a secret letter that will clear the Kings name. But will he go as far as murdering his best friend?
This one was the humorous one of the three and the story certainly does not end how Malcolm expects it to – although the reader may have an inkling.
The third and final story in this book is ‘The surprise of his life’ which shows how people can be driven to murder when their insecurities are played upon – and the devastating consequences it can have. Douglas Armstrong is happily married until he starts to visit a psychic before his prostate examinations. The fourth visit causes him to start feeling insecure and jealous within his relationship, and his mind turns to murder when he thinks his wife is being unfaithful.
The reader can quickly see what is likely to happen in this story, but you spend the whole time hoping that something will occur to prevent it happening. However, there is a twist at the end which was unexpected to me, although some may even manage to guess at this.


All in all a good collection of short-stories, but don’t rely on it for a very long journey as there are only three CDs.

Thank you for reading,

Hugz Tinz
Posted by Furrbster at 18:45