After thinning my fruit out on my apple trees last night I decided to have a play with my crafting bits. I made this card (probably in preparation for my parents 20th Wedding Anniversary, unless another comes up first lol). So here it is: 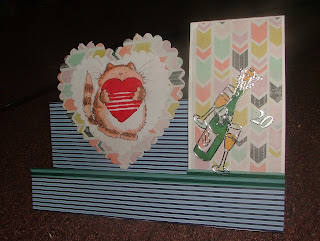 I used an old stepper card plastic template that came free with a magazine and I have never used (I usually measure and cut), so I thought I would have a go with a template and see if it was actually any quicker, and it turned out that not only is it quicker, it is actually slightly more accurate too lol. This template is for a side-stepper and I do not have one for a central stepper unfortunately.

I then layered ‘It’s a man’s world’ papermania blue stripy paper on the horizontal levels of the card (similar to the striping on the Candy Crush game). I also found another paper that reminded me of this game in the We are memory keepers ‘Chalkboard’ paper stack and used this for the vertical layer and also die-cut a heart, using X-Cut nesting dies, to layer behind the image.

The image used is a Margaret Sherry image that I have had for a few years, and was coloured using Promarkers. This was layered and adhered to the step of the card. Gorjuss washi tape was used to cover the join between the papers, and Champagne and 20 peel-offs added to the side, with the Champagne being coloured again with Promarkers. I was going to add ‘Happy Anniversary’ to the bottom of the card, but the sentiment stickers have disappeared, so I will have to search for them to add the sentiment.

Also, for those of you that are following, here is my latest update for the Height Chart @ ~15 hours: 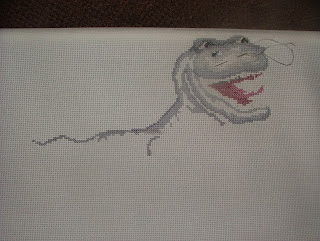 And just to make your mouth water - my third punnet of fruit this week!!! 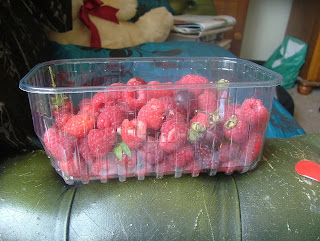 Thank you for taking the time to read my blog.

Hugz Tinz
Posted by Furrbster at 20:34