Well over the last few days since Christmas, now that family have gone home and the house resembles normality a little, I have been getting my calenders finished for 2015. I just have to decide which I am keeping for myself now! 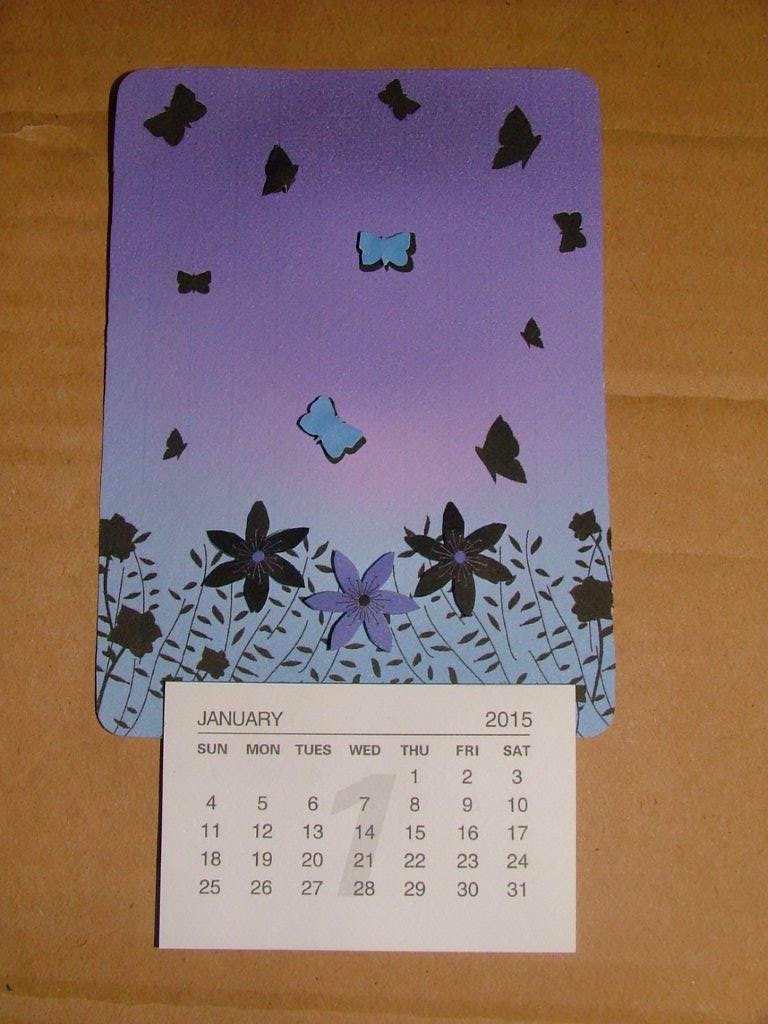 This calender was made using a CD-Rom from Cardmaking with your PC. The image is from Dreamees 2013. I printed out the backing paper onto watercolour paper to get a crisp image. I then printed out a sheet of blue butterflies and purple flowers. I cut out two blue butterflies and overlapped two of the black butterflies on the base, for a 3D effect, using foam pads. I did the same with a black butterfly, although this is not obvious in the photograph. I then cut out two black flowers with purple veins and a purple flower and attached these to the base, again using foam pads. The calender tab was added to the bottom.
This is to be entered for the following challenges:
Allsorts Last Minute Gifts
Cute Card Thursday Anything Goes
Divas by Design Anything Goes 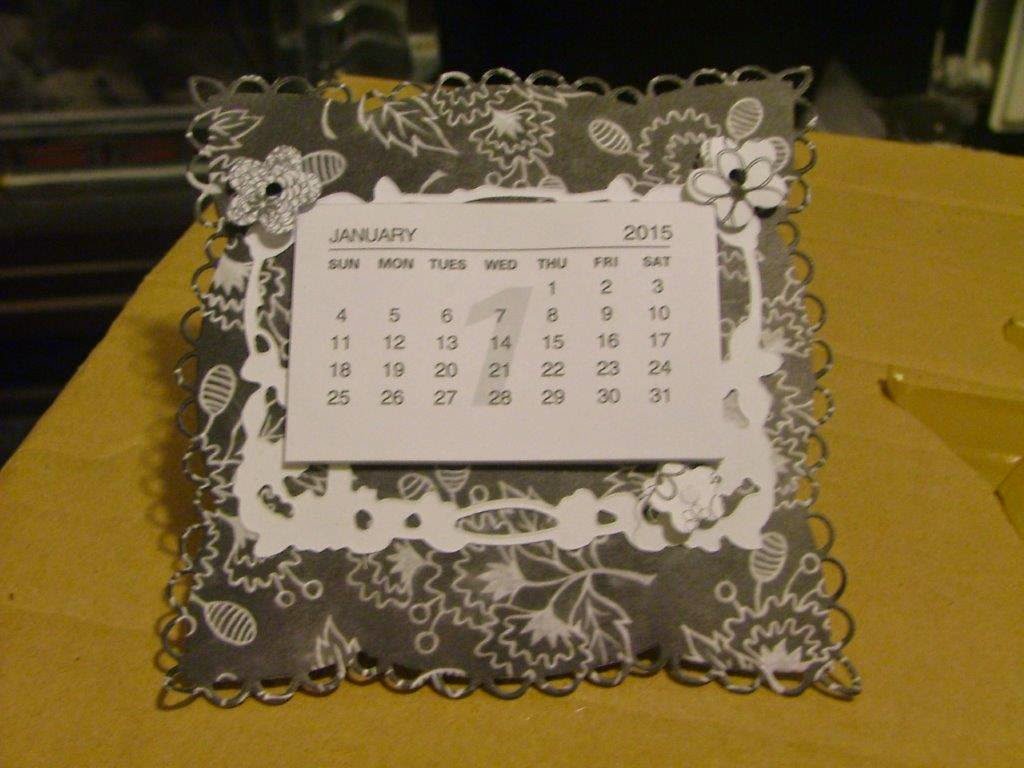 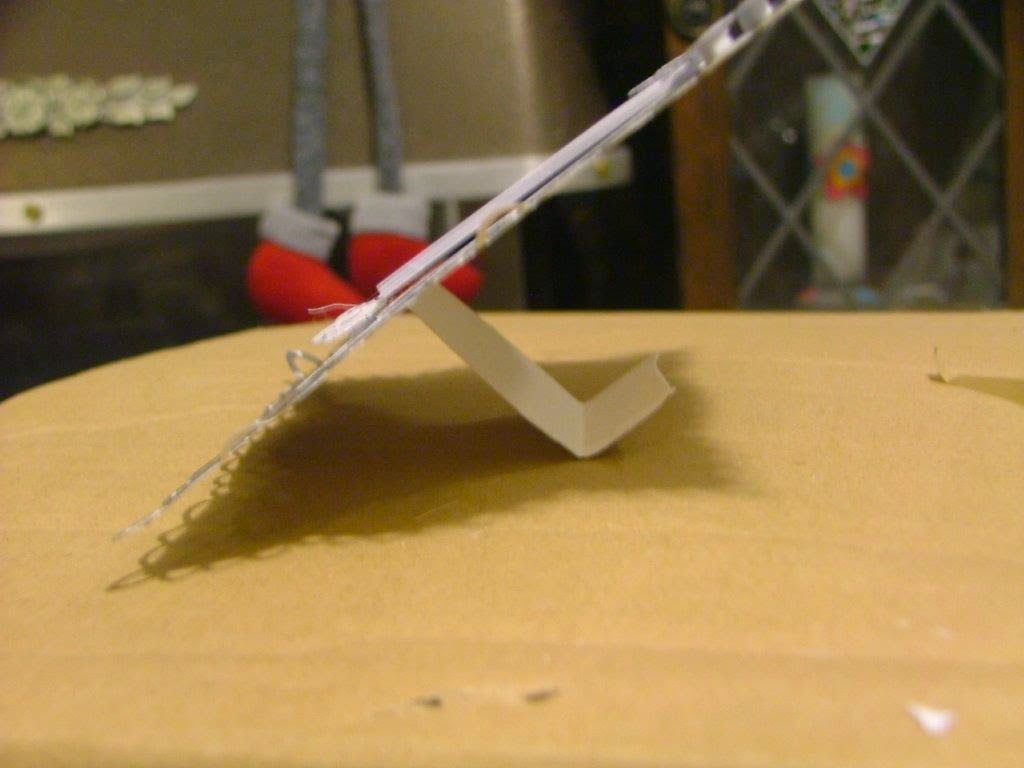 For this calender I used one of my new Marianne Designs dies to cut a base of thick floral patterned card, in black and white. I then cut a floral frame, using another Marianne designs die, from white paper and adhered to the centre of the card. I got some Quickutz dies from OH for Christmas and so I used one of these to cut some flowers from a white patterned paper and attached these round the frame using 3D foam dots. The calender tab was centred in the frame. To make the calender usable on a desk I made a stand as shown.
This is to be entered for the following challenges:
Simon Says Stamp Wednesday Challenge Anything Goes
CRAFT - Anything Goes
613 avenue create - Anything Goes
abc challenge Z is for Zany (the patterns clash slightly) 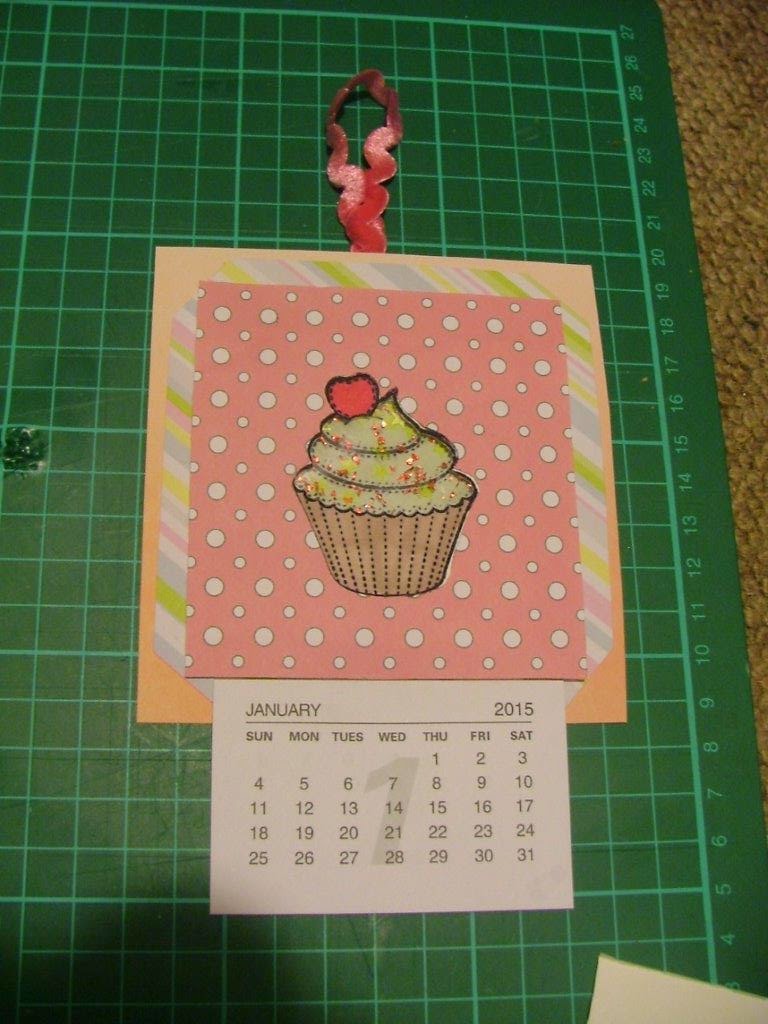 This calender is a shaker card, so I thought it would be best as a hanging calender. The image was a free stamp with one of the UK papercrafting magazines. I stamped the image twice onto watercolour paper and once onto spotty pink paper. The image on the pink paper was completely cut out, and one of the other images had the icing removed. The images on the watercolour paper were then coloured using promarkers. Clear plastic (from the packaging of craft items) was placed over the back of the image with the icing removed, and then the pink spotty paper was adhered to this image using spray glue, lining up the cut-out over the image. The second image was layered onto stripy patterned paper and foam pads stuck around the image, with no gaps between the pieces. This area was then filled with red glitter and green stars, before the initial cupcake image was lined up and layered over the top. Finally this panel was layered onto graduated orange card, a pink velvet ribbon added for hanging and the calender tab attached to the bottom.
This is based upon the following challenges:
Glitter n Sparkle Anything Goes
sweet stampin' - Anything Goes
i love promarkers - Anything Goes
papertakeweekly - Using the spots and dots theme 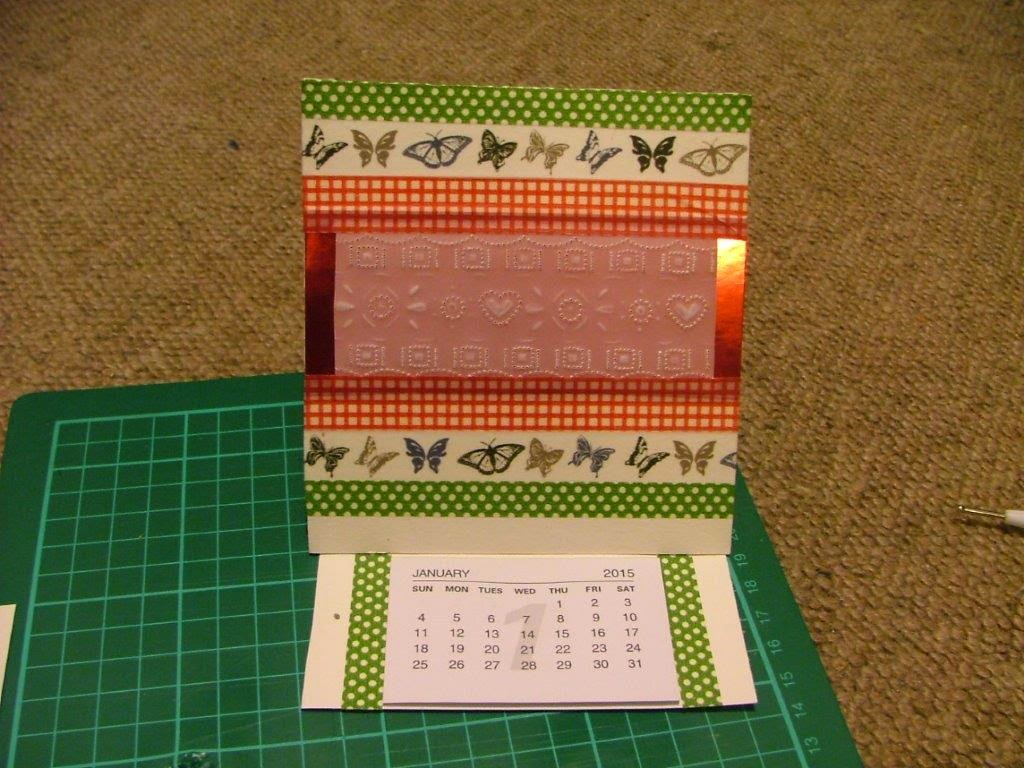 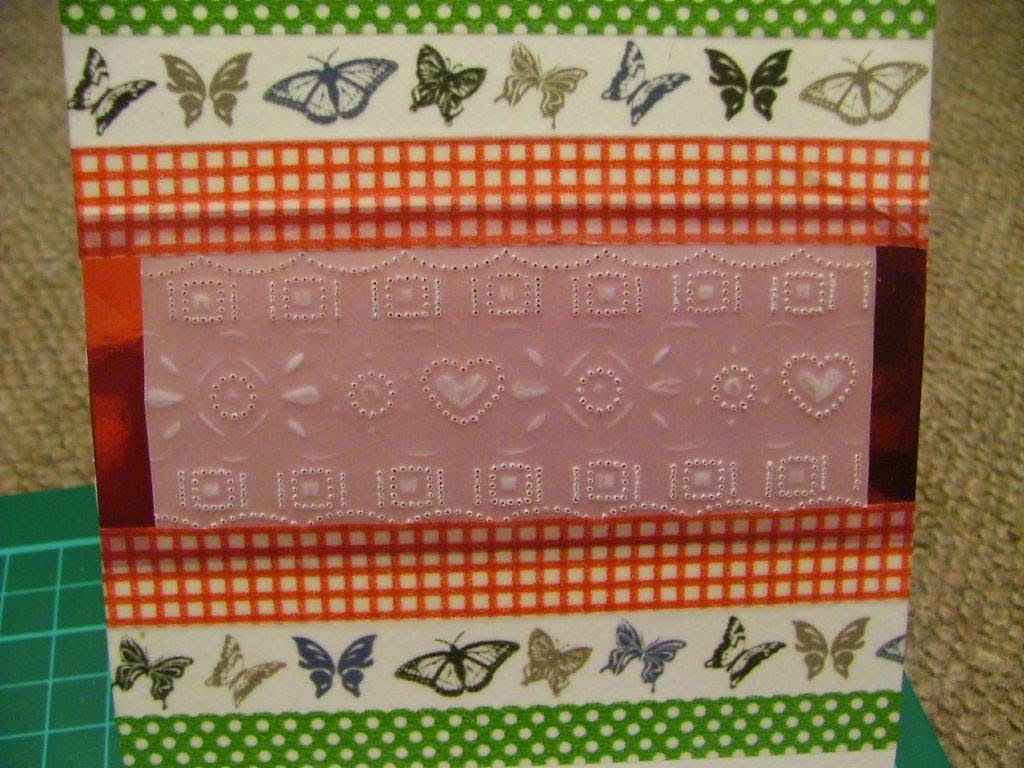 This calender was based around the technique of Parchmentcraft for my facebook group: crafting techniques. I used a border stencil and my pricking mat and tools that I have had for a while but not really used, to create the main panel for this card. As the image did not stand out very well on white card I layered it onto red mirror card. It was adhered to the card by overlapping a red gingham washi tape, rather than using tape underneath, which often shows through. Two more lines of washi tape were added to the top and bottom. This panel was then added to an easel base card, with some green washi tape and a calender tab on the base.
This is to be considered for the following challenges:
SOS #181 Red Alert
crafting by designs - Embossing
modsquad - Special Folded Card

Good Wives by Louisa May Alcott
This is a sequel to the book Little Women and follows the three sisters as they grow up and fall in love. At the beginning of the book one of the sisters has just married and is now learning to live away from her family, where her mother’s advice and example provide a good basis for her own role as housewife. One of the sisters is invited out to go abroad with an aunty and finds out what the important things in life are whilst she is out there, especially as she loses a sister whilst away from home. She also manages to find love that fits into her demanding criteria, although she would have married even if the gentleman, who has been previously met in the first book, did not meet her criteria. The fourth sister has a hard time as she has to reject advances from her best friend, whilst trying not to hurt him too much, and leaves home for a time to try and allow things to settle down. She meets many interesting people whilst she is away and has a fabulous time, but on her return she has to nurse her sister who eventually passes away. Towards the end of the book, this sister also finds a gentleman whom she can make a home with, although he is older than would usually be considered.


This book is written to the same standard as the first and is a very enjoyable read, with humorous, high-spirited moments and upsetting scenes also. The author really gets you involved in the lives of the sisters and keeps you wanting to know what happens next.

Thank you for looking
Hugz Tinz
Posted by Furrbster at 19:26