A new challenge has started over at Creative Moments today, and the optional theme is to use buttons and bows. I have made a postcard to support my teamies :) 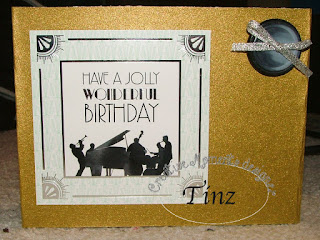 I was trying for a Charlie Chaplin theme for the Sunday Postcard Challenge - and this was the nearest I could get. It also looks slightly taller than the 4" it should be, but I did measure it! lol

The topper is from the Papermania Roaring 20's set, and I simply added it to Anita's gold card as the base, then added a pearlescent black button with a silver bow. Nice and simple.

I would also like to enter this into the following challenges:

I have also just finished reading The Name of the Wind by Patrick Rothfuss.

This is a story narrated by the main character to a storyteller. It tells of how Kvothe sees his entire life turned around when his family gets slaughtered. The story starts by explaining about his life before, and a bit of background about the people he met that helped him to make the decisions that he did in his future, mainly a pretty young woman, who reappears regularly throughout the book, and an Arcanist who sparks his curiosity and opens his eyes to new ways of doing things and new possibilities. After his family is murdered he becomes lost, and the story leads you through harrowing times living hand-to-mouth as a street urchin, and what it took to make him look to his future again. A large part of the book details his years at the university, learning the techniques of an Arcanist whilst trying to discover more about his parents murderers. He makes some powerful enemies, but also some great, if not very powerful, friends. I cannot wait to start on book two of this trilogy.

A couple of pictures of my moths to leave you with :) 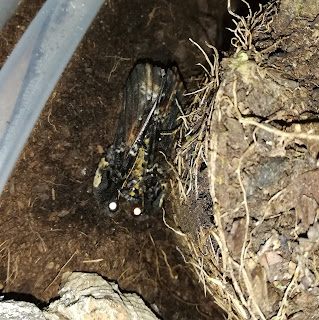 They are having a cuddle :) 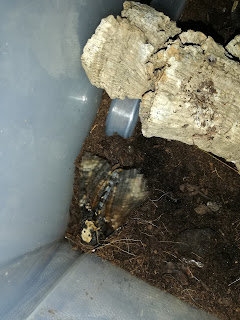 Hugz Tinz
Posted by Furrbster at 21:32