Today after work I went ot the shooting range with the OH and had a play with his gun. I think he was quite impressed by how well I actually did - even when the scope was out slightly  :D

Anyway, upon arriving home I decided to have a go with my new shrink plastic, which I have wanted to play with for ages!!! So I made this Christmas card: 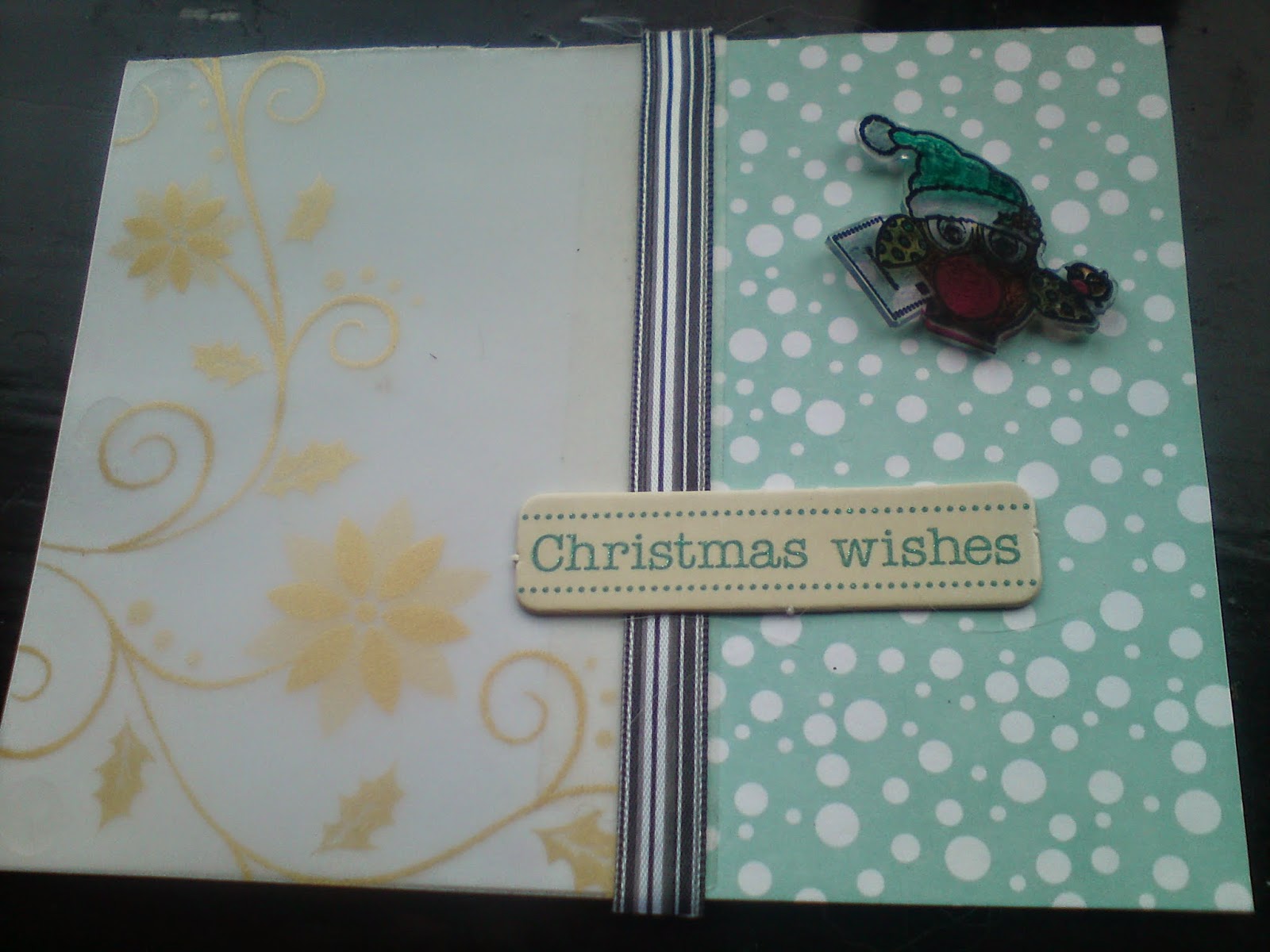 Firstly the base was covered with Poinsettia vellum from the papermania range, and a turquoise spotty backing paper which I got from my mum. Down the centre I added a black stripy ribbon, which I last used for making a 2013 calender for my mum!!! I stamped the robin with mail from the Honey and Hugs Festive Frolics collection onto the shrink plastic with Staz-on black ink. I then coloured it in with promarkers, which does not give a fantastic finish so next time I think I will try glass paints instead. I followed the instructions and within two inutes of being in the oven my little embellishment was ready - if rather smaller than it started out. The sentiment I added was from a goody-bag I purchased last Christmas and then only used one sentiment, due to having already made most of my cards (this is typical for me - they are much cheaper this way lol).

I was originally going to make the little robin into a fridge magnet, but then found out that my magnetic tape actually only sticks back to itself! Goes to show you should read the instructions when you buy something - and then try it once you have it, as this is another thing in my stash that I bought last year (or rather had bought for me) and then have not used!

AudioBook - Angel of Death by P.C. Doherty
This book is set in King Edward I's reign. Although the story-line is quite interesting (a priest whose family is known to be disliked by the king is murdered and the kings clerk has to find out who did it to relieve suspicion from the king himself) I found the story was quite slow. It did not keep you wanting to rush through the CD's to find out what happens next like some of the other books. However, the plot is good and works well and the clerk has an intriguing way of ferreting out clues. It is difficult to try and guess who the culprit is and you think along with the answers as they appear. Personally this is not a book that I would have chosen, but I am not sure if it is the writing style, the setting or the pace of the story that prevented me from properly enjoying the story.

Thank you
Tinz
Posted by Furrbster at 19:34