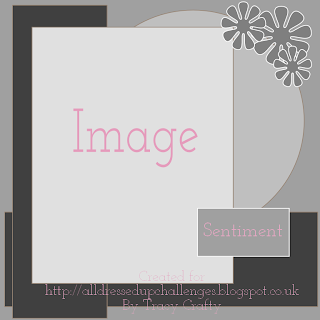 This is the card in question: 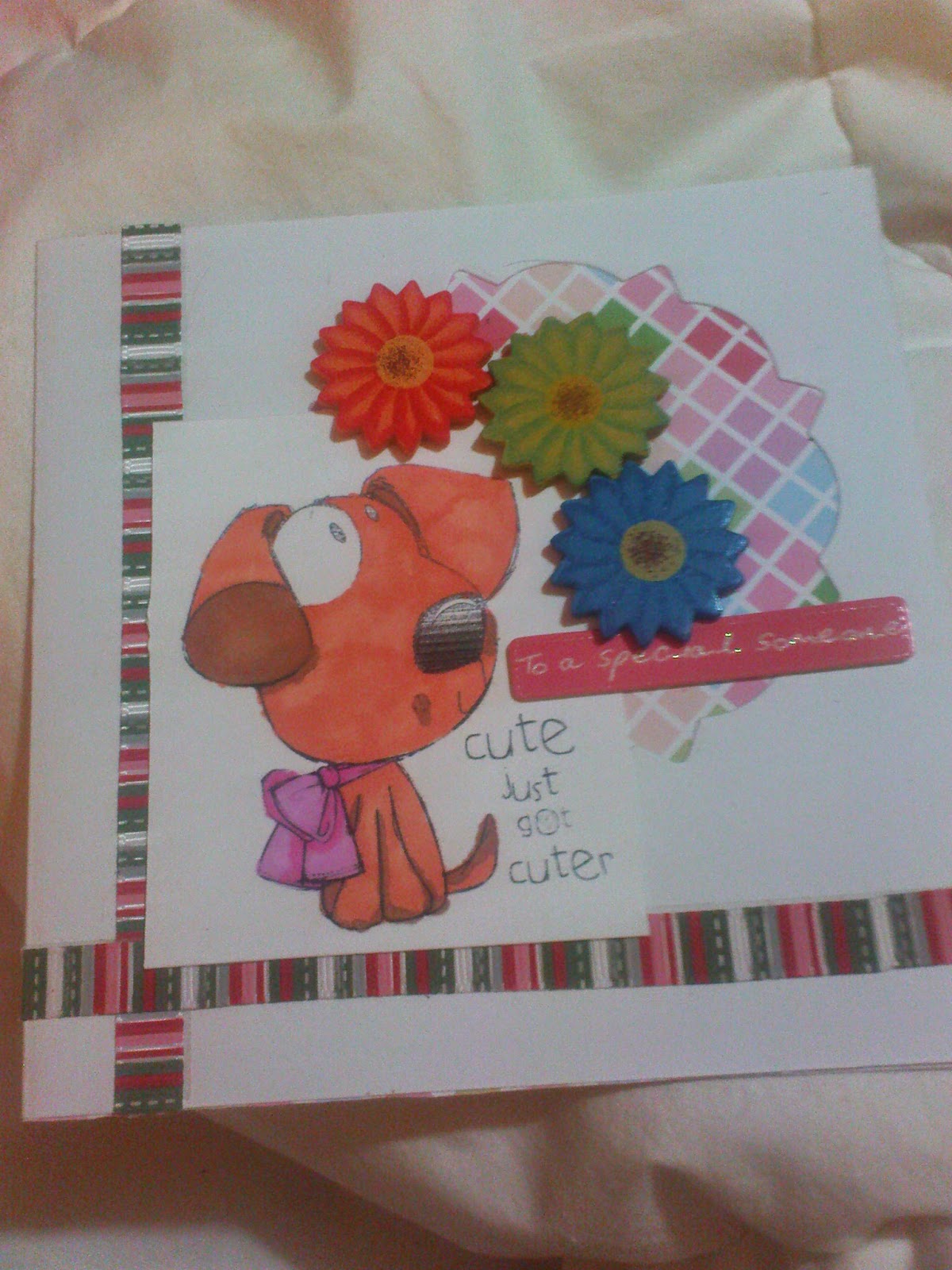 I took a square card blank and die-cut a fancy circle off centre to the top and right. Using spray adhesive I then attached a bright patterned paper to the back of this aperture. I then added some papermania Christmas ribbon to the left side and bottom of the card, following the sketch. The image was coloured using Promarkers, using Set 2 (12 pack), nudes and Tequila sunrise Ltd edition. The sentiment was added and then three bright wooden flowers finished off the design.
I am entering this card for the following challenges (alongside the ADU):
Polkadoodle 30 Clash the Colours
avenue613 #82 Use a Sentiment
craftyourpassion 224 Flower Power
ilovepromarkers #230 Use Ribbons
Anything Goes at 2cuteink and craftingbydesigns and simon says wednesday and divasbydesign

The second card used this image in a slightly different way: 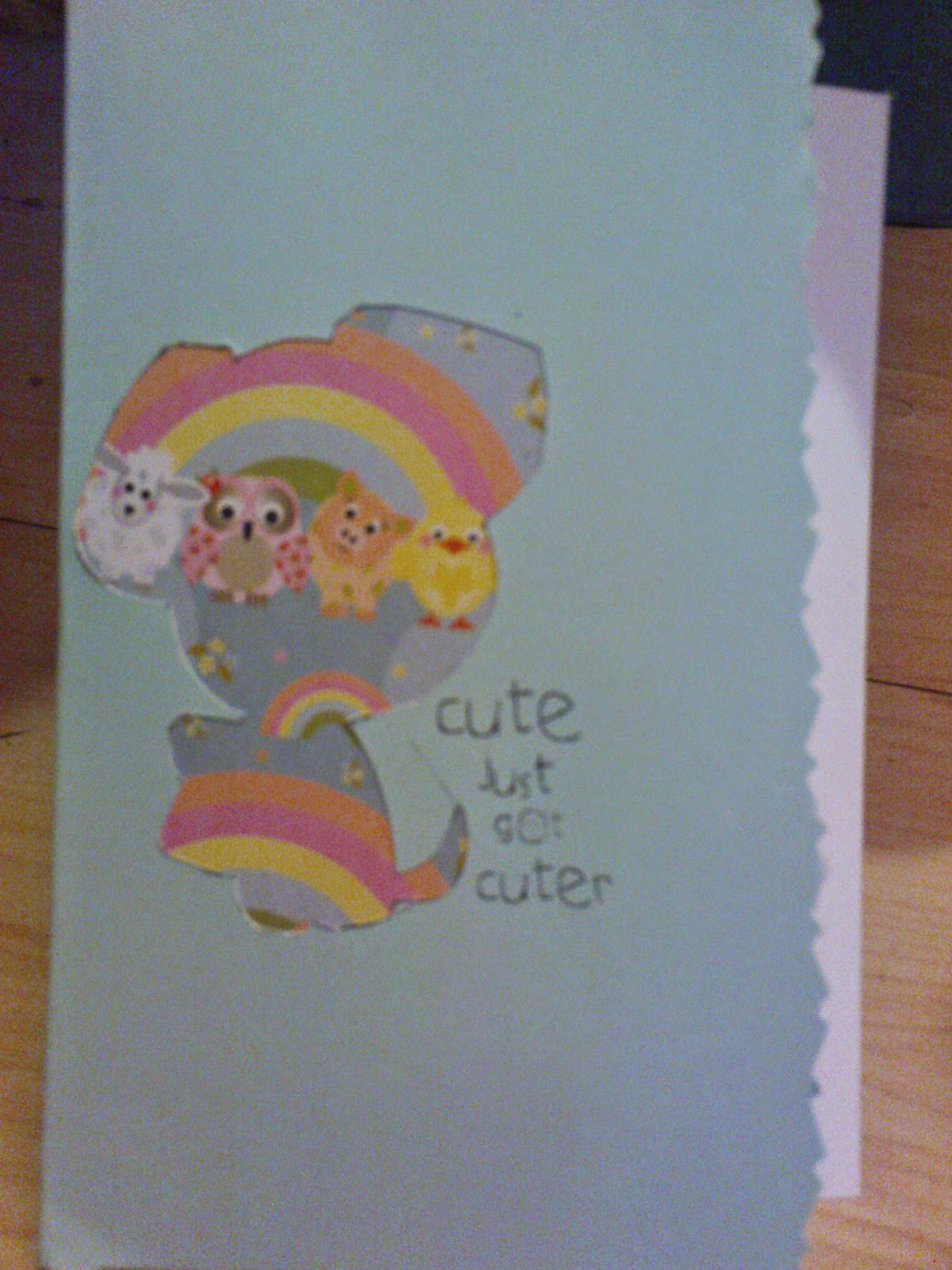 I used the idea of making the image into a stencil, or aperture, for this card. I printed the image directly onto blue card stock and then carefully cut around the outline using a craft knife, preserving the image itself for a future make. Behind this aperture I attached some Honey and Hugs paper depicting the four friends in front of a rainbow and finally I cut down the far edge of the card using decorative scissors, for a CAS make.

I am entering this card into the following challenges:
Country View - Stencils
Simply Create Too #66 For a Child
CASology 106 Rainbow
Less is Moore 182 Anything Goes

Thank you for looking at my creations.

Hugz Tinz
Posted by Furrbster at 19:56