It was the anniversary of me and my partner getting together this weekend and to celebrate we had a night away. We started off at Tropical Birdland in Ibstock, Leicester, which we have a season pass for. This is a brilliant day out for parrot lovers, with free-flying parrots and parakeets, as well as walk-through aviaries and a lovely little cafe. As usual the weather was awful and, also as usual, Sidney (a bare-eyed Cockatoo) was in mischief mode. I came away with one less zip, a map scratched onto the back of my hand and a couple of bites on my fingers. He just loves to play rough!! However, he showed his softer side on Friday with a few cuddles and a little bit of a display for me!

We then proceeded to go to an all you can eat restaurant known as 'Jimmies'. Neither of us had been here before and it was a brilliant experience, with a wide variety of food types on offer, including some chefs to make particular items to your liking (such as pizza and stir-fry). The only things that let the experience down was the smell that came from the men's toilets (luckily they were upstairs away from the food area) and the mini desserts. The chocolate brownie was stodgy and the cheesecake was basically just gelatin with colouring. We then went to the hotel in Sheffield to relax for the rest of the night (apart from the drunken idiots who woke us up at around 1.30 and then didn't shut up until about 3am - but with enough quite time that you thought they had gone to bed).

The next morning we left early for the Tropical Butterfly House, as again neither of us has ever visited this attraction. It was amazing!! The butterfly house itself was fantastic with the different butterflies from various areas of the world - some as big as the palm of your hand. There were also lots of enclosures of exotic animals, such as reptiles and amphibians, with some reptiles roaming free among the wide range of plant species, and lorikeets playing in the treetops, with their newly fledged chicks. We then had an 'experience' which involved being more hands-on with some of the exotic animals (although Gavin did not get to hold the tarantula as it was in a bad mood), and also going in with the lemurs and red-ruffs to hand-feed them. It was fun trying to sneak the yummiest pieces of fruit to the less dominant lemurs, without the dominant ones noticing. This did result in having a lemur on the shoulders for part of the time as it tried to reach into the bucket without getting in the way of the two 'boss' females. The red-ruffs were rather more reserved, not really trusting us, but letting us put some food into their mouths. It is definitely a visit-again attraction. 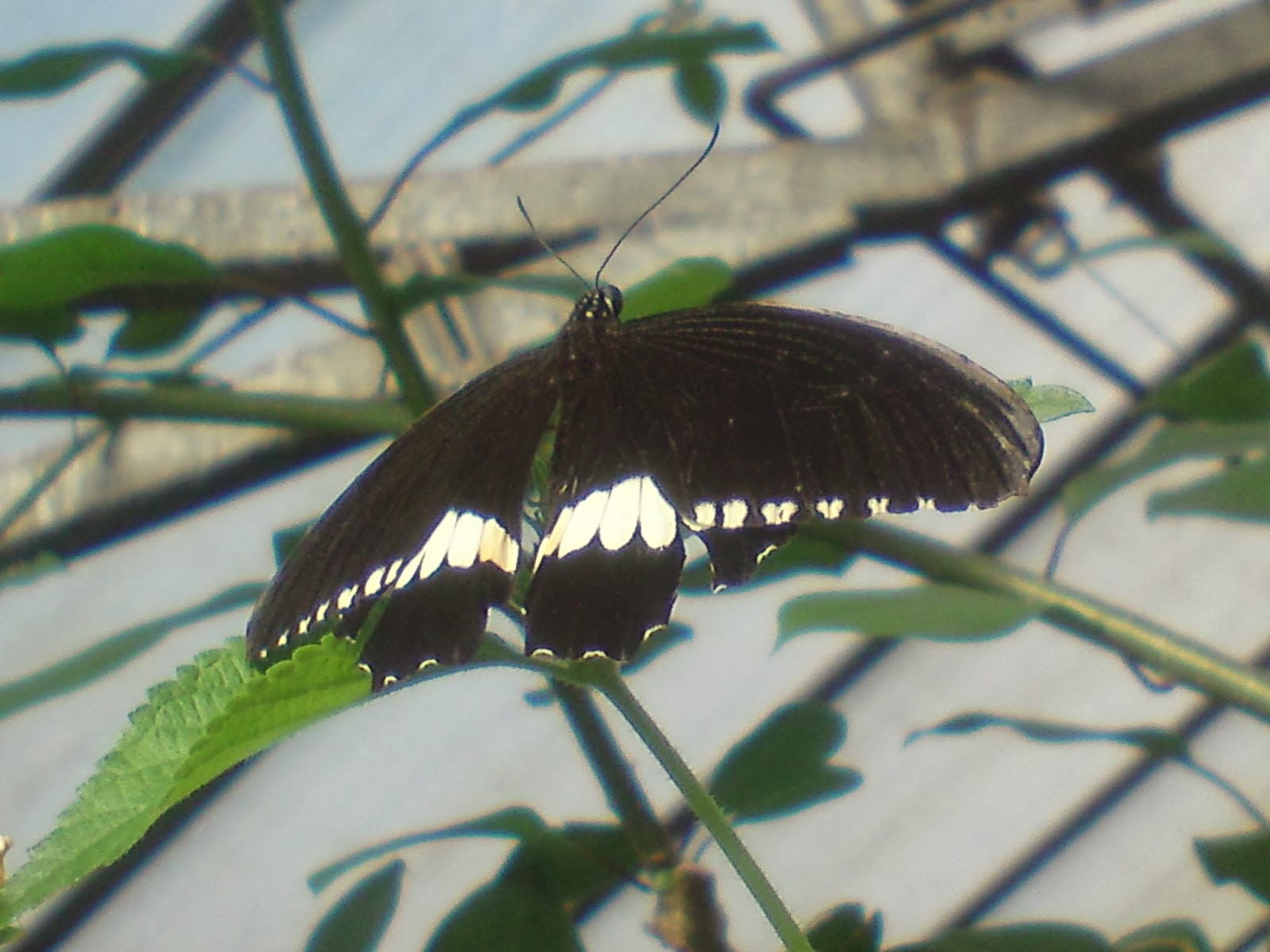 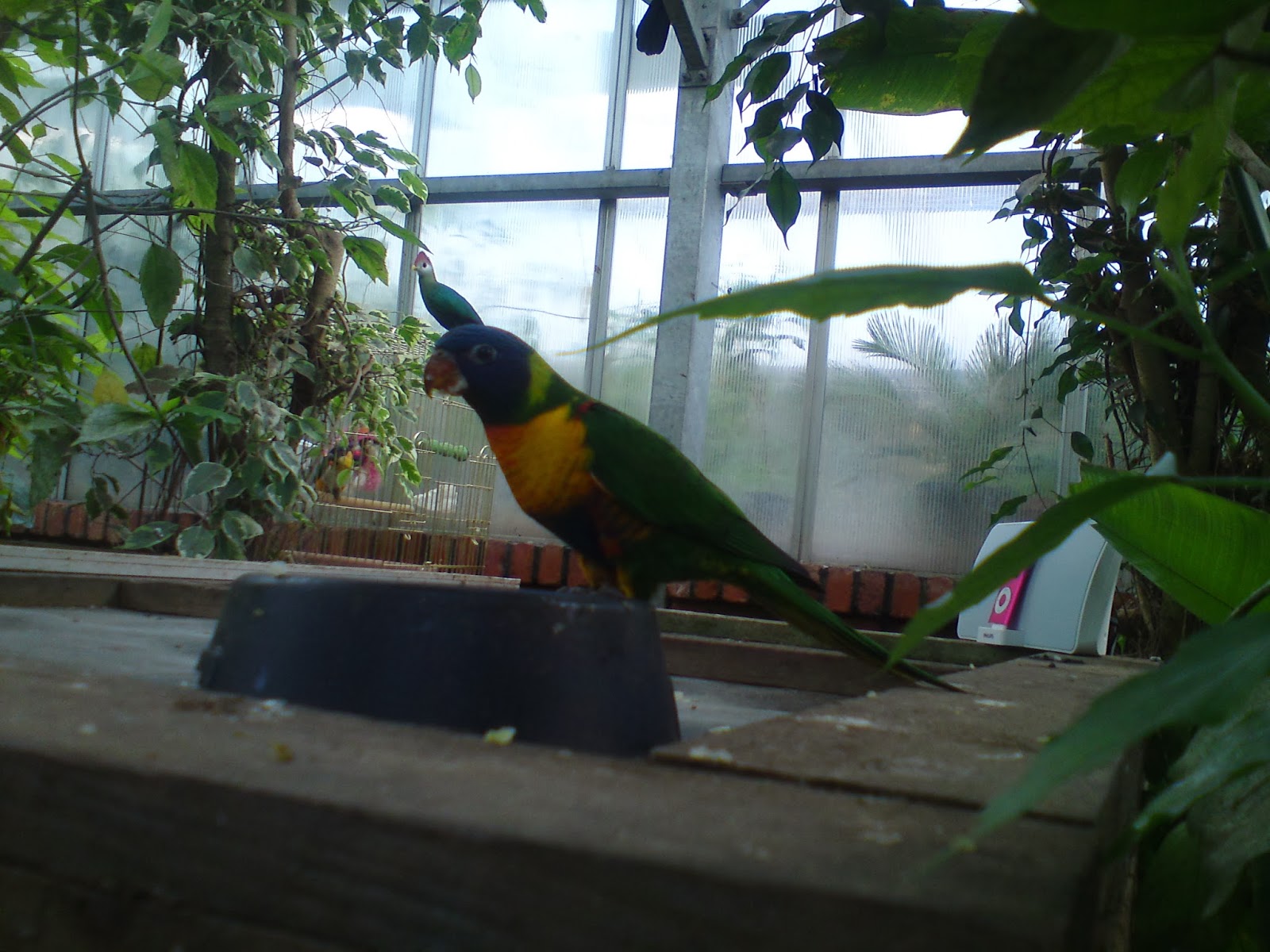 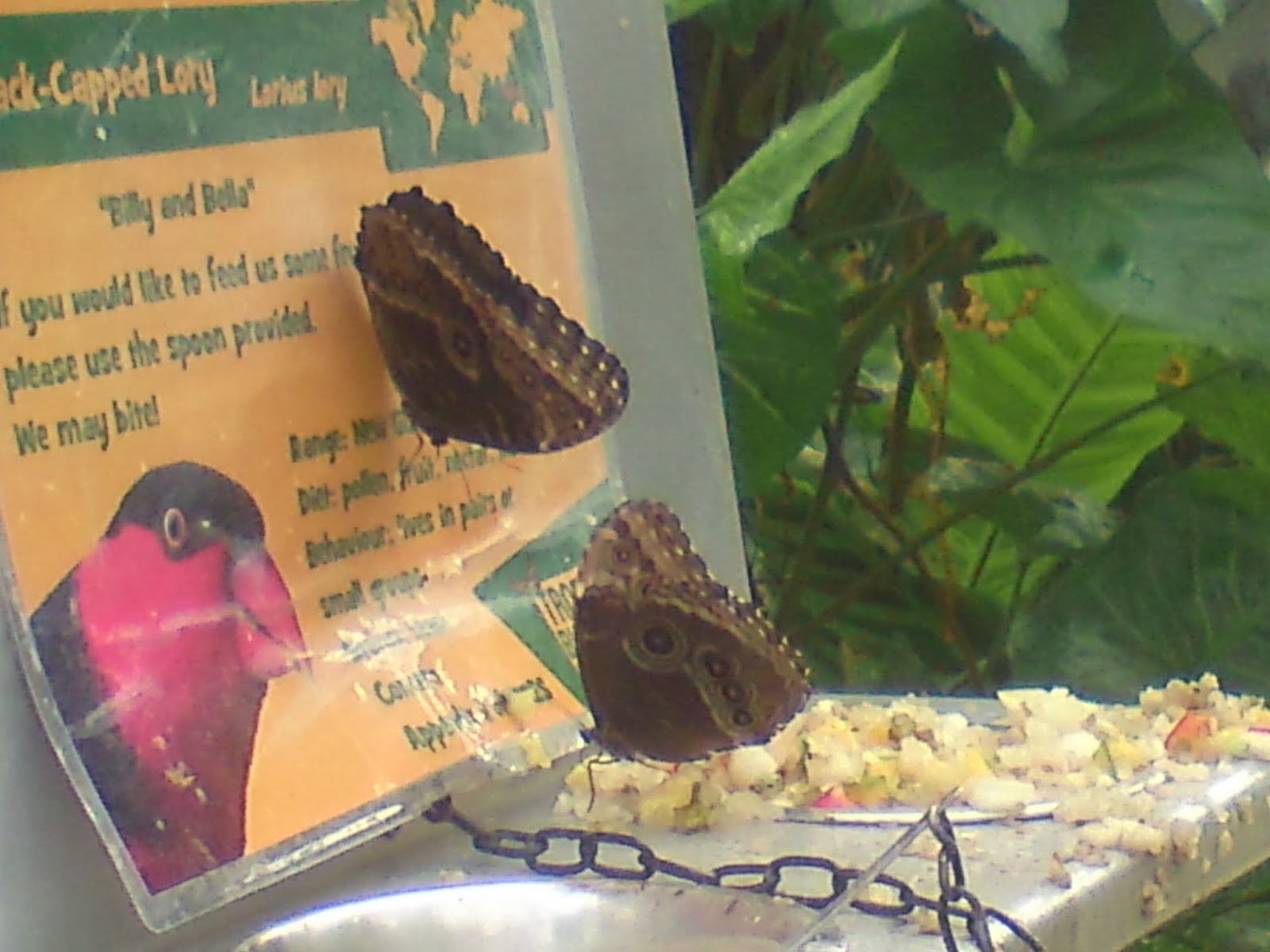 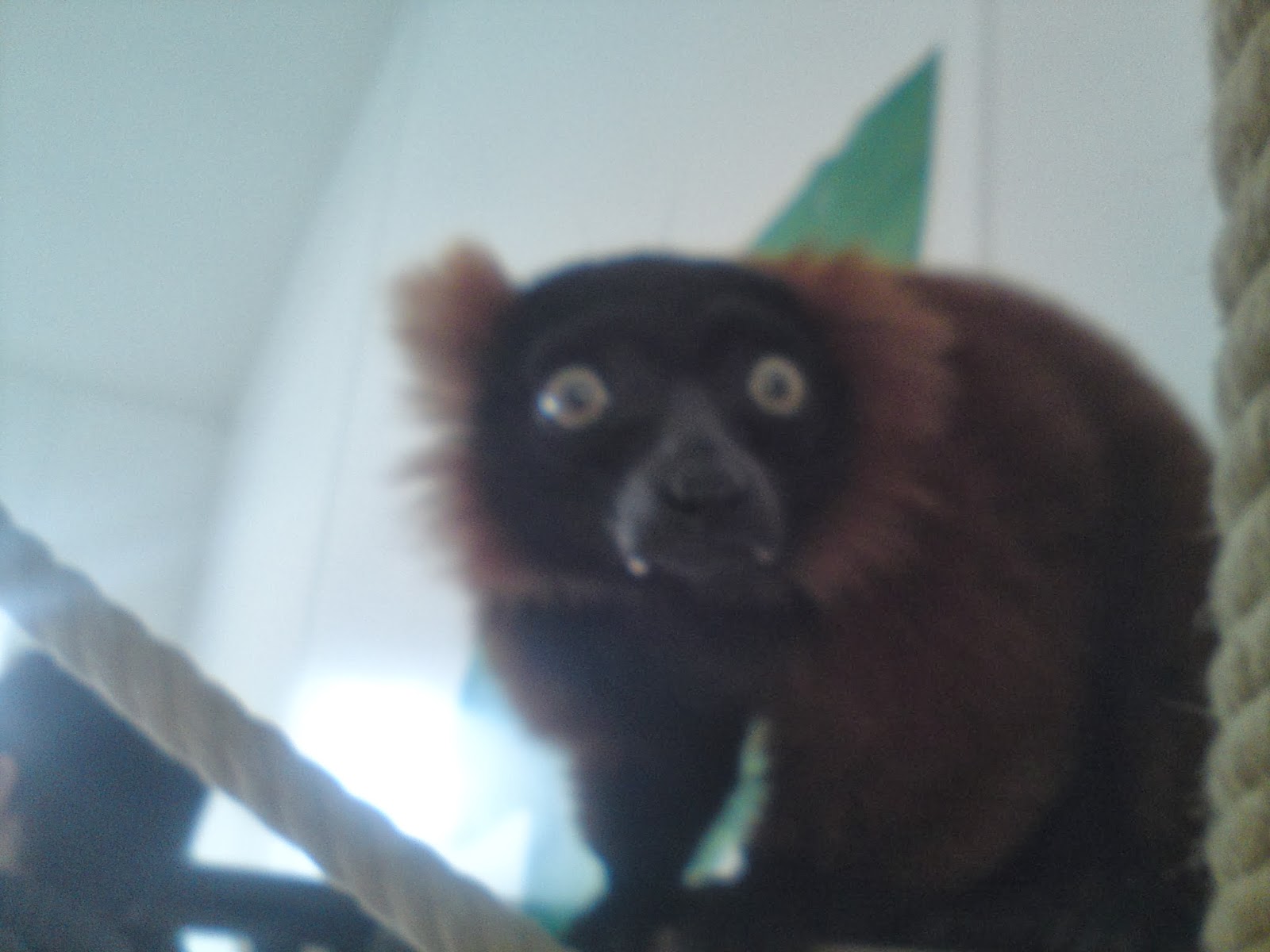 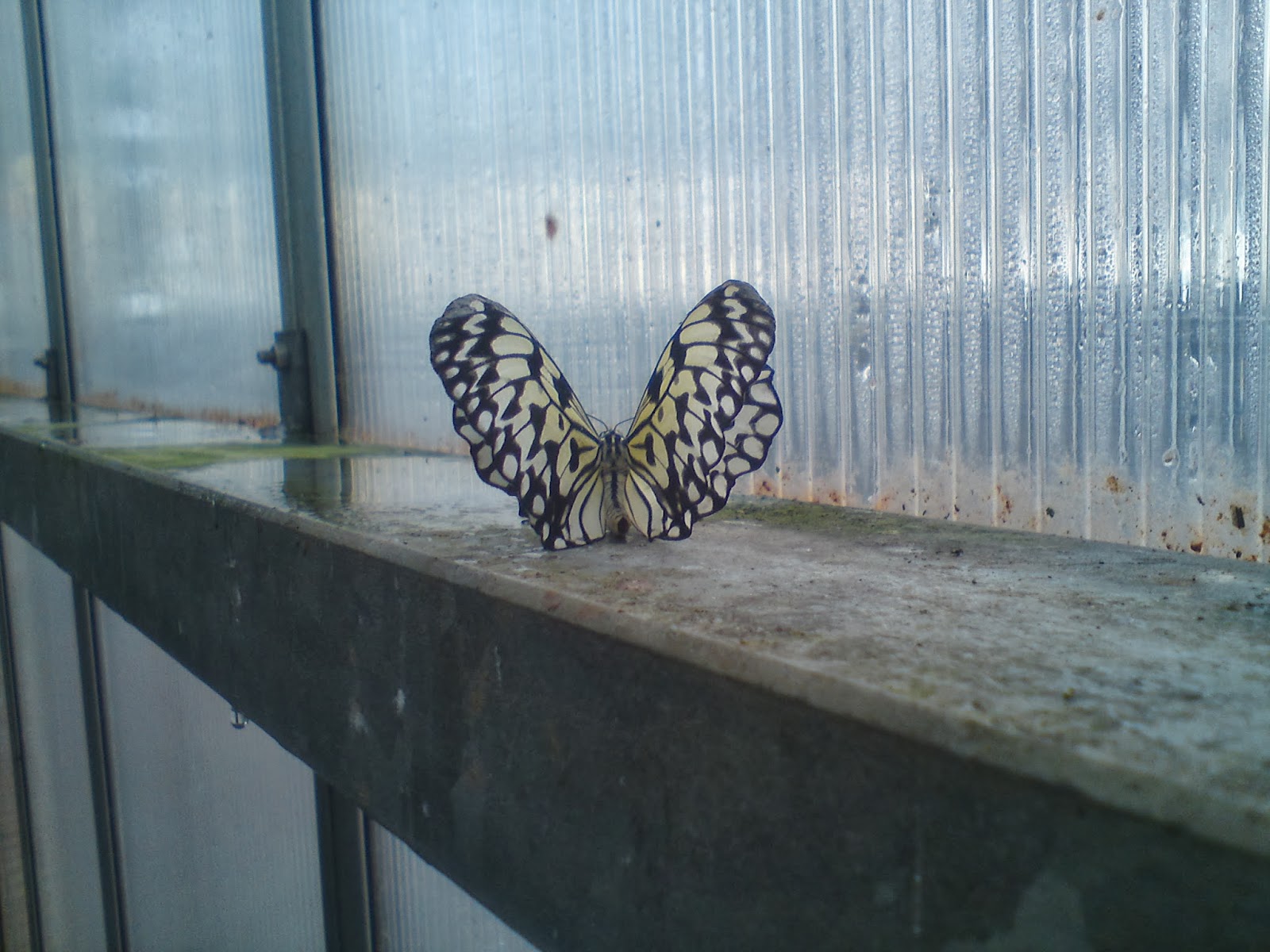 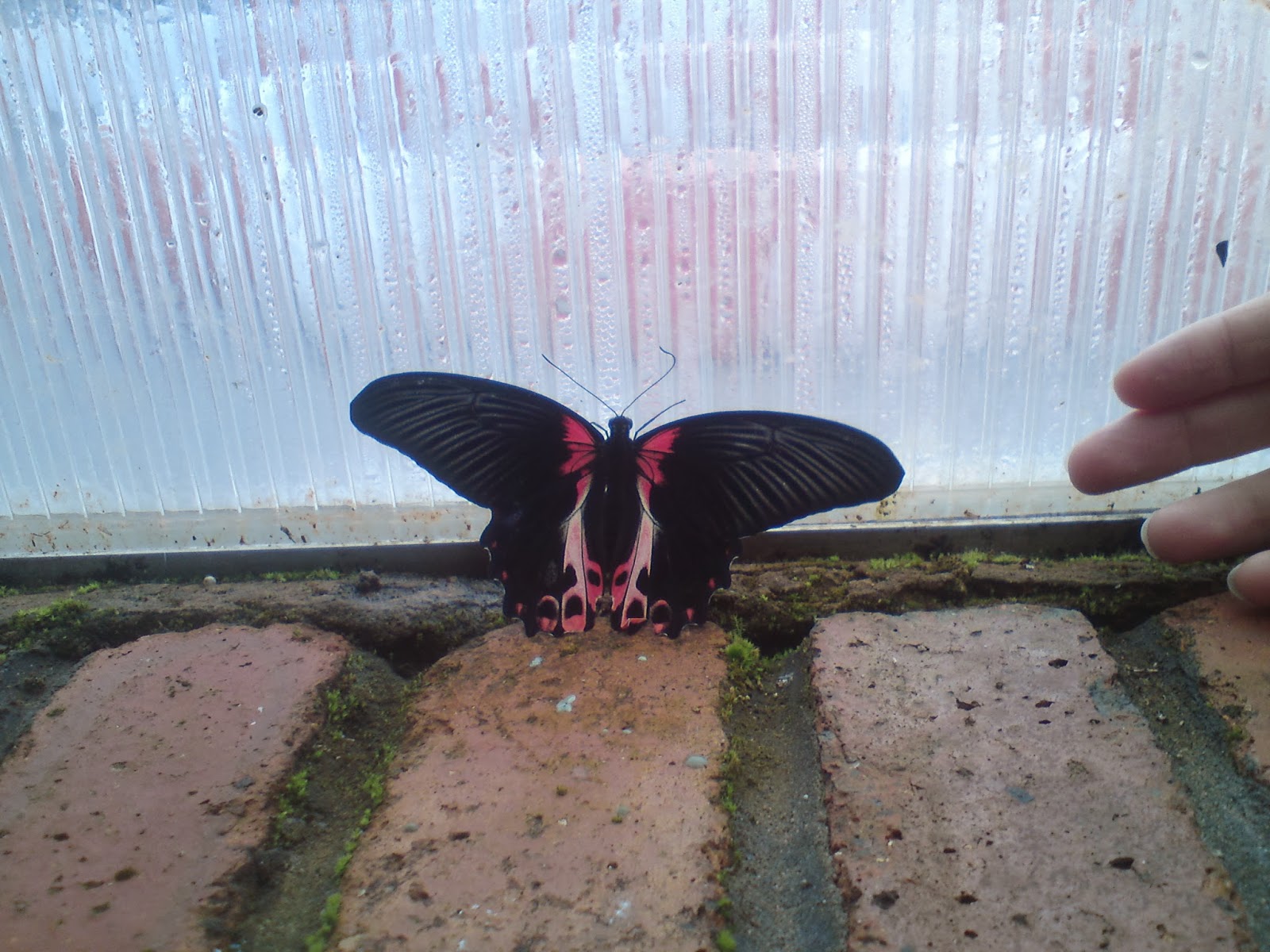 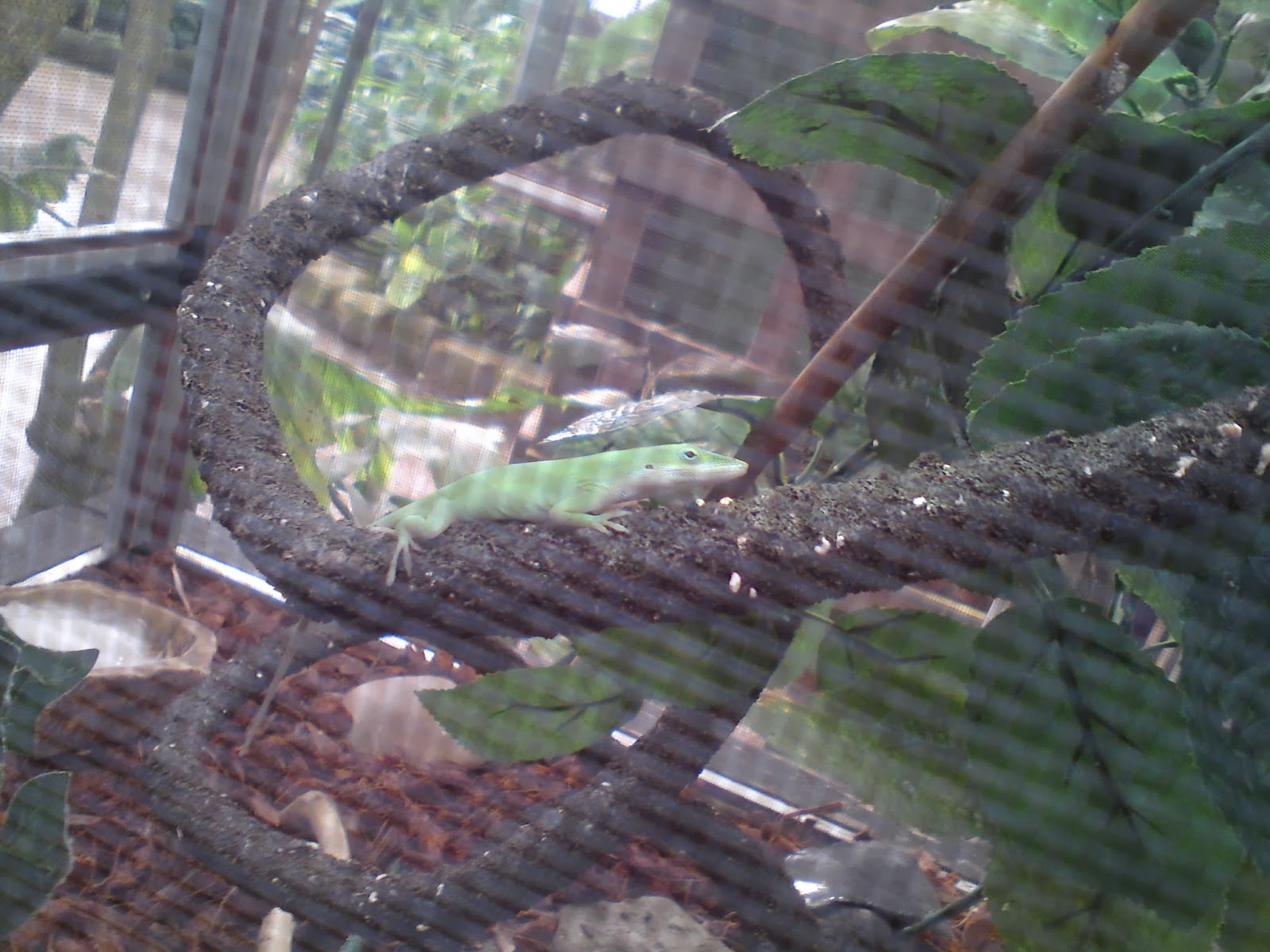 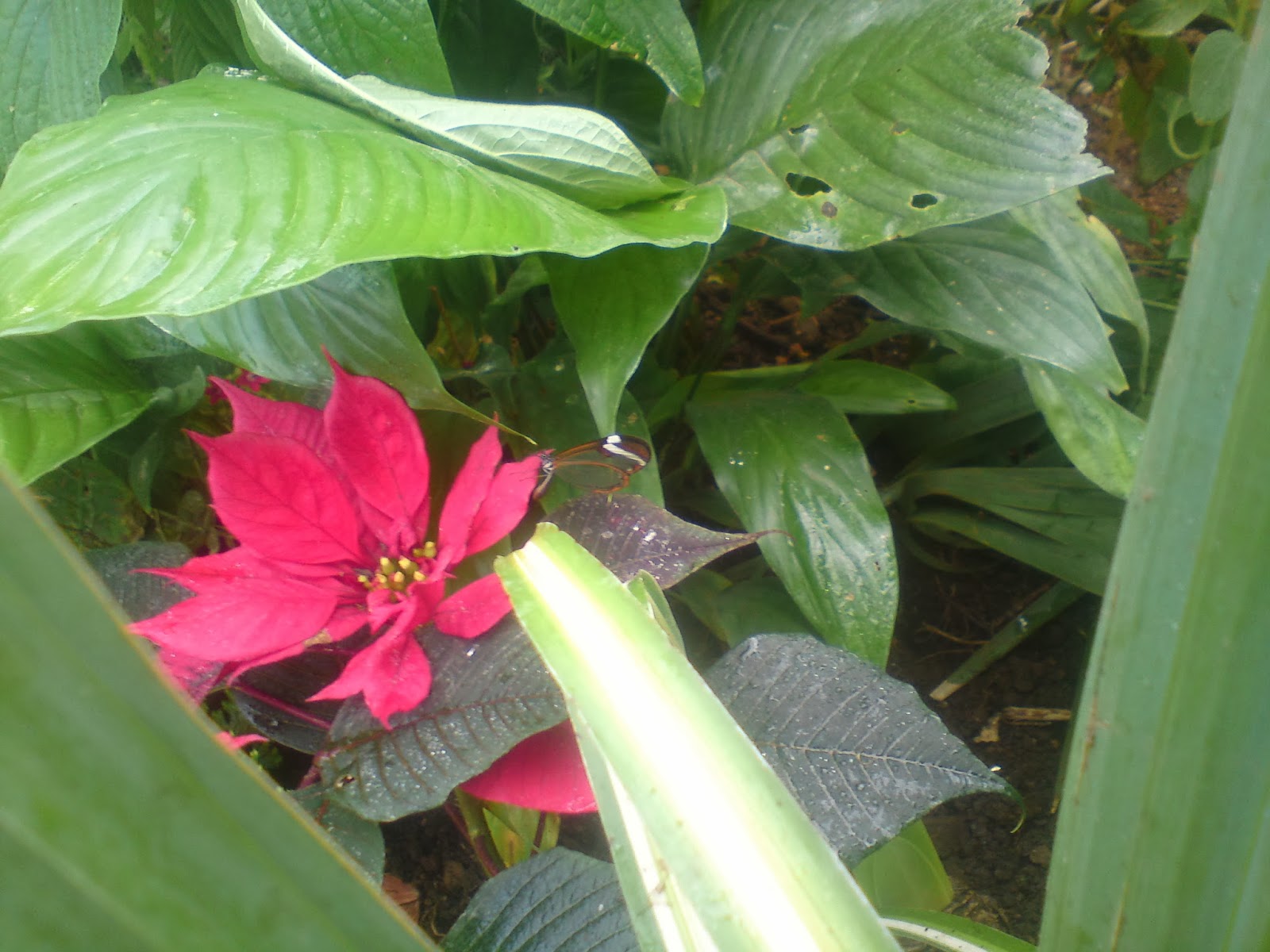 I did not get much crafting done, but I did start a new wizard cross stitch and got further with my mums gloves that I am knitting. I did also manage to get a little time down on the allotment to prepare the bed that the onion sets will be planted into - assuming the ground ever dries up.

There was only one negative to the weekend, and that was coming home to find that one of my little girl mice was dehydrated and very skinny. Unfortunately there was nothing I could do for her :(
Posted by Furrbster at 19:54