Well I am on my extra long shifts at work this week - just time to pop a quick blog post on before I have to get ready to go. Hoping I can swap my shift for tomorrow as I have relatives coming round and I won't be here to see them if I am unable to swap my shift :(

It is looking a little drier outside at the moment - the poor hubby went off-road motorbiking for the first time this weekend and it did not stop raining! He had to stop before the ride was finished just because he could no longer see well enough to carry on - due to the mud!

Anyway - here is my crafty creation for today: 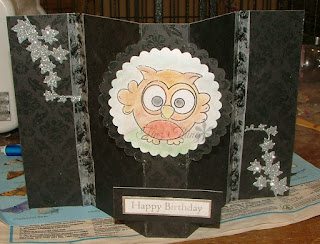 This is the final image from the current Limited Runs progressive challenge. I wanted to make him look like he was flying through the trees at night, so I used a Kanban textured cardstock in black. I had to use the washi tape down the folds as you could see the cracks where the cardstock had been folded! I then cut some ivy out using a Marianne die and X-cut adhesive glitter paper. For the centre the image is actaully on part of the base that was partially cut using an X-cut scalloped circle die. I then cut the owl image using a smaller die and added to the panel. The sentiment is a separate piece. The owl is coloured using chalks.

I would like to enter this card into the following challenges:
Limited Runs - Progressive challenge
Kort 'O' Mania #179 Anything Goes
Country View #53 Things with Wings
ATSM #252 Make you Mark
Glitter 'n sparkle #250 Things with wings

Here is a picture of my new shed! 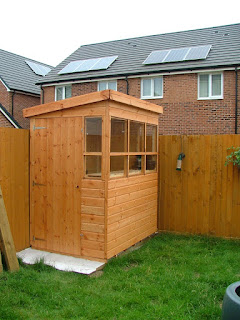 It matches the fence quite well actually lol 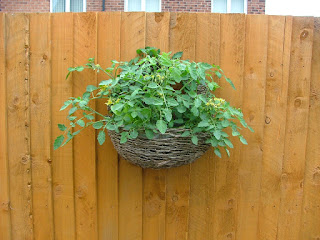 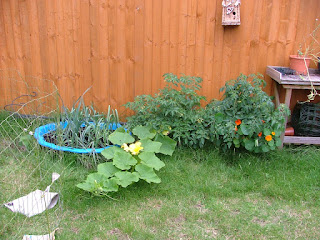 And also, for those of you who are following my progress - a Dino update (36 hours on this second Dino): 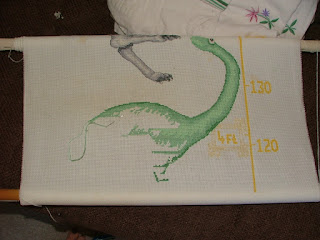 Once again thank you for looking - now to dash to work!!