Hi everybody and welcome back to my blog.
I thought I would post my first finished Cross Stitch of the year. These two little owls were free with Cross Stitcher magazine in summer last year and were great fun to stitch. They also took only just over half the time to stitch given in the mag! 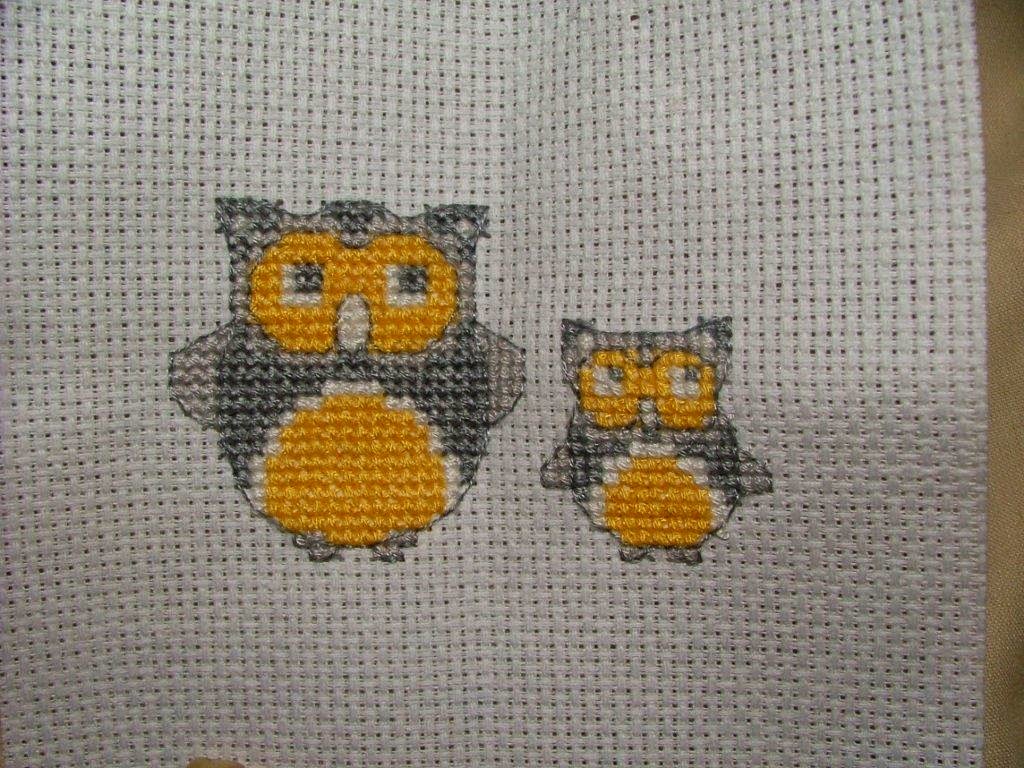 These little guys want to meet people at:
http://creativecardcrew.blogspot.co.uk/ (For a Child)
and
http://craftingbydesigns.blogspot.co.uk/2015/01/month-long-anything-goes-in-january.html

Here is also an update of my fish project - now at just over 70 hours! 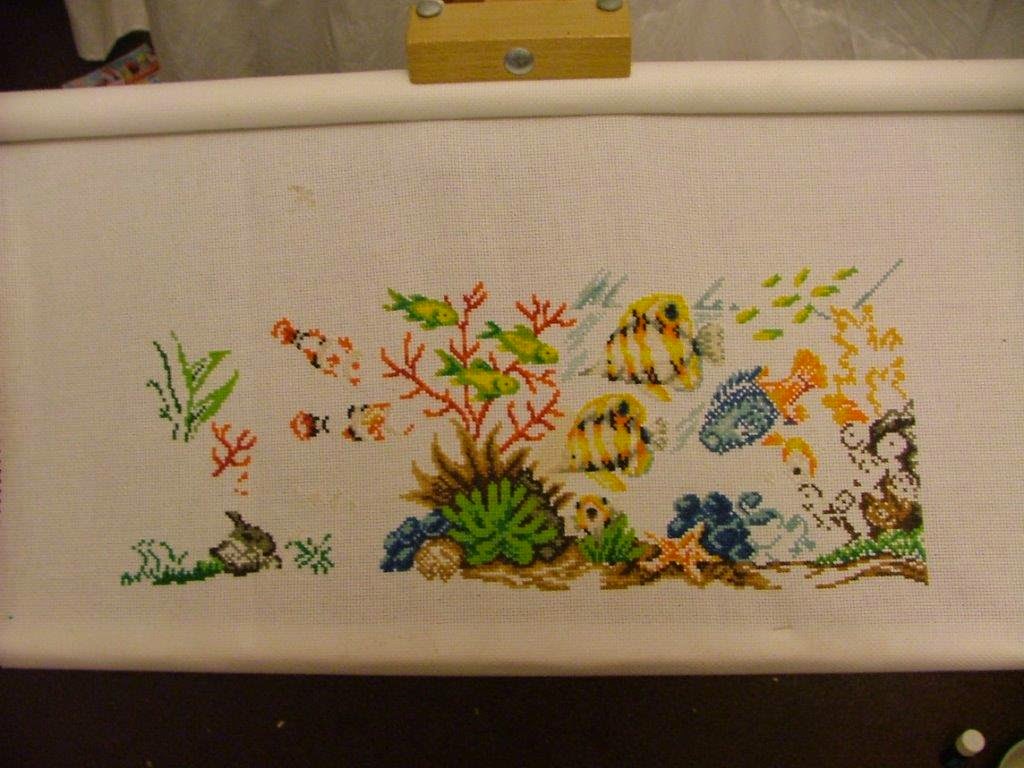 Pastures Nouveaux by Wendy Holden
Two couples move from London to the country – as is becoming fashionable. One couple is poor and comprises a journalist, who originally does not want to move to the country, but is willing once it becomes evident that this is the route to securing a newspaper column, and an illustrator who finds it difficult to relax in London. The second couple are rich – a banker, who dislikes the countryside as he grew up there and finds London caters much better to his social requirements, and a failed actress, who believes her big break is just around the corner and loves spending his money. Neither couple find what they expect in the countryside.


This story is humorous and cringe-worthy in places. The couples lives become very complicated and interweaved with the village residents, and events throw both couples together with an explosive result. A very good book for long commutes, especially as it is 12 CDs long.

Thank you for taking the time to look.
Hugz Tinz
Posted by Furrbster at 19:45