We are on the second of June already!! And it currently feels more like winter than summer brrr. As it is the beginning of the month I have two new themes in my facebook groups. The Monthly Themes for Crafting group has the buzz word - MESSY - while the technique in focus in the Crafting Techniques group is - LAYERING.

So combining these two groups I have made this masculine card: 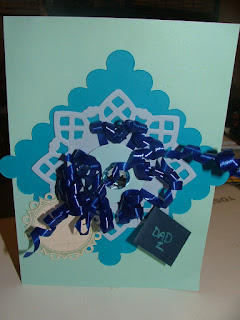 I have layered different die-cuts and then added a large gem and ribbon to the top to create a 'messy' topper. I then added a journalling panel and a mini card and envelope, to allow the card to be personalised. A quick and effective card!

Also - here is last weeks update on the Dino height chart - I should have another on Tuesday for you. This was at 75 hours: 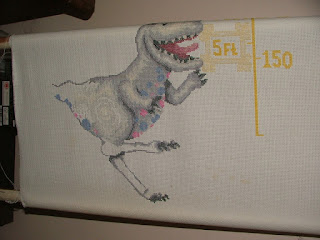 And now for another introduction for you. This is another one of my mice, called Ditto. She was so named as she was rescued with a batch of other mice who had not been named as the owner could not tell them apart. As she was the spitting image of her mum, but slightly smaller, I opted to call her Ditto - or Ditz for short lol. She is still the smallest of the girls and is very nosy and interested in finding out exactly what is going on! 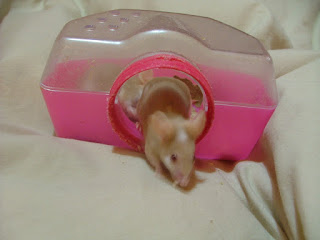 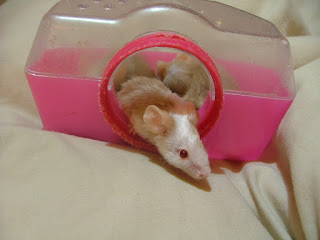 Cappaccino wanted to play too - I did inform her that she has already been introduced but she just likes the camera!

Finally here is the review for the audio book I have just finished:
Sharpe’s Havoc by Bernard Cornwell
This story is set in the middle of a war in Portugal, between the Portuguese, with the British on their side, and the French invading through Spain, under the command of Napoleon. Sharpe is a commander of some British Riflemen who have gotten separated from their legions and taken under the wing of a Captain whose duty is to map Portugal. When the French army takes the city Sharpe is commanded to find a young English girl who has disappeared, and keep an eye on Colonel Christopher. As Sharpe follows orders he finds things are not quite as they seem, and he battles to face odds much higher than would usually be seen in battle, on the wrong side of the river.
This is a very well written story and is told from a couple of angles, so that the reader knows what is happening and has the time to wonder how Sharpe is going to react. It is full of action and also some humour, and I would recommend this book to others as I found it very easy to listen to on my journey. However, I cannot say whether the events are factual or not, as I am not knowledgeable about this particular war, if it was ever actually fought.

Thankyou for looking once again,
It would be lovely to see some of you join in with my JFF facebook groups,

Hugz Tinz
Posted by Furrbster at 22:49